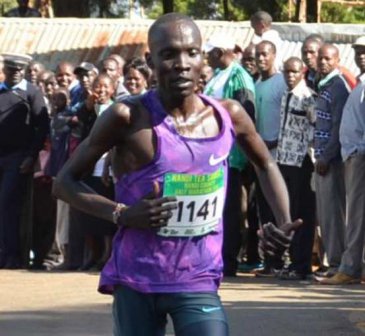 LAGOS, NIGERIA (AFRICAN EXAMINER) – For the second time, Abraham Kiptum from Kenya has emerged the winner of the 2nd edition of the Access Bank Lagos city Marathon race which held early Saturday, February 11, 2017.

Ronny Ronny Kipkoech also from Kenya and Regasa Bejiga from Ethiopia emerged the first and second runners up respectively in the 42.1km race which kicked off from the National Stadium Surulere and ended at the Eko Atlantic City in Victoria Island.

The star prize winner, Kiptum will be going home with $50000, while the first runner up, Kipkoech will smile home with $40000 and Bejiga, the second runners up will go with the cash prize of $30000.

It would be recalled that Kiptom won the maiden edition last year, having finished the race within 2 hours, 16 minutes, 21 seconds.

Lagos State Governor Mr. Akinwunmi Ambode is expected to present the prizes to the winners.

There were total of 64 elite athletes from 26 countries and 102 from Nigeria, as well as 30 special athletes in the marathon exercise.