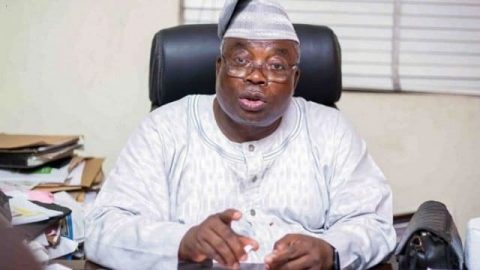 A chieftain of the All Progressives Congress (APC), Chief Lanre Rasak is dead.

Mr Rasak was a member of Lagos Governor’s Advisory Council.

He said: “I am saddened by the death of one of our political leaders in Lagos APC, Chief Lanre Razak.

“He was a loyal party man and committed democrat, with a deep understanding of the state’s political landscape. He was an extremely loyal politician, who did his best for our party, the All Progressives Congress.

“He brought a lot of development to Epe as a council boss and also made a lot of positive contributions to turn around public transportation in Lagos during his tenure as a member of the State Executive Council.

“Chief Razak was a great politician, a strong party man and an advocate of masses oriented programmes.

“His support for our T.H.E.M.E.S. agenda was exemplary. He always propelled us to do more for the people of Lagos State.

“There is no doubting the fact that he would be missed by the entire political class, particularly the people of Epe, the Lagos East Senatorial District and the State as a whole.”