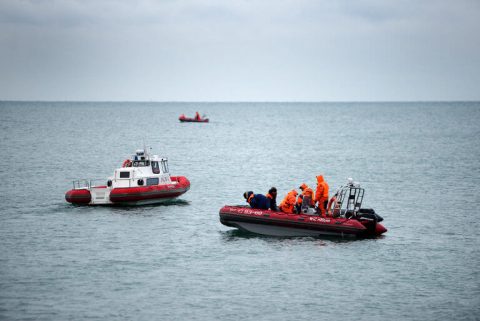 BALTIMORE, MD (AFRICAN EXAMINER) – The flight data recorder of the Russian military airliner which crashed into the Black Sea last Sunday has been recovered.

Russian officials confirmed that this is the first “black box” of the flight to be retrieved from the Tu-154 jet, which came down leaving the 92 passengers and crew.

The plane crashed soon after it take-off from an airport near the city of Sochi.

Authorities said the flight was carrying artistes due to give a concert for Russian troops in Syria, along with journalists and military.

The Defence Ministry explained that the plane first disappeared from radar two minutes after taking off from Sochi’s Adler airport at 05:25 (02:25 GMT) on xmas day while heading for Latakia in Syria.
Having originated from Moscow, the flight landed in Sochi for refuelling.

The breakdown of the occupants has it that the flight was carrying 64 members of the famed Alexandrov military music ensemble, as well as one of Russia’s best-known humanitarian figures, Yelizaveta Glinka, known as Dr Liza, executive director of the Fair Aid charity.

The Alexandrov group had been scheduled to perform a New Year’s concert at Russia’s Hmeimim air base near Latakia.

Russia is an ally of Syrian President Bashar al-Assad and it has been carrying out air and land strikes in support of Syrian troops, which recently resulted into displacement of the rebels in the city of Aleppo.

The crash happened less than a week a Russian Ambassador to Turkey Andrey Karlov was killed while speaking at an art exhibition by a 22-year old Turkey’s police officer Mevlut Mert Altintas.