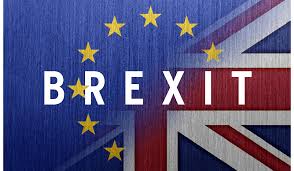 BALTIMORE, MD (AFRICAN EXAMINER) – Britian’s economy and liquidty flow appear to be responding to the recent exit #Brexit of the country from the EU as the industrial production volume and stock orders have plummeted.

Data obtained after the referendum from HIS Markit’s Purchasing Manager’s Index or PMI, confirmed a fall to 47.7 in July – the lowest level since April in 2009. However, a reading below 50 indicates contraction.

Mostly touched are the manufacturing and service sectors; evident in their output and orders. Still, exports as driven by the weakening of the pound picked.

The report surveyed also confirmed over 650 services companies, drawn from the sectors such as transportion, business services, computing and restaurants.
Chief Economist at IHS Markit Chris Williamson, clarified that the downturn has been “most commonly attributed in one way or another to #Brexit.

He disclosed further “Given the record slump in service sector business expectations, the suggestion is that there is further pain to come in the short-term at least.”

Mr Williamson viewed that the economy could contract by 0.4 per cent in the third quarter of this year, but that would depend on whether the current slump continued.

“The difference this time is that it is entirely home-grown, which suggest the impact could be greater on the UK economy than before, said the expert.