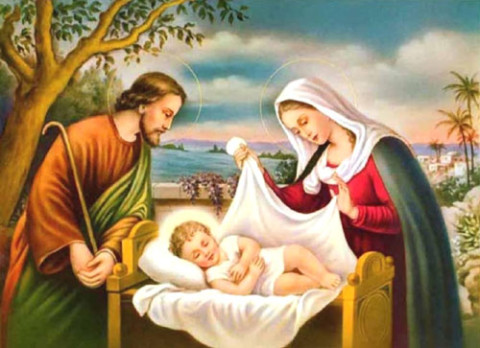 Our lovely world is undergoing series of happenings and many of us feel that if there was a creator of this wicked universe he must have been dead.  We hear of killings, bombing and not only in Nyanya Abuja Nigeria, kidnappings every day, wars and rumours of wars, plan crashing and now plan losses. But is our God dead?  This is one question Jesus came to answer. God is not dead even when we know that for centuries people have chosen to believe or disbelieve in a God who not only rules the Universe, but One who offers a personal, loving relationship with the ones He created.  Believing in Jesus or not has created its own different societies. At this Easter time we liken your inability to accept Jesus as your personal Lord and Saviour to a human inability to roll away the massive stone in front of Jesus’ tomb. This stone became a concern for the women who went to anoint Jesus’ dead body on the first day of the week, which is Sunday. To their amazement they found that the stone had been rolled away and in fact their Lord and Saviour had risen. Do you have stones stuck in deep ruts at the entrance of your heart—stones of fear, rebellion, despair, or discouragement, disobedience, stealing and killing? Do they loom so large; you surrender at the thought of even trying to remove them? If there exists any stone obstructing your views or disturbing your life in any way may the powers that rolled way the big stone and brought Jesus out of the grave roll away all obstacles on your way. This will make it easy for you to be a member of this robust Society of the resurrected Jesus. But Jesus said, “Happy are those who may not have seen me and yet believe”. Believe Him not because of the stones and difficulties like sicknesses, poverty and all limitations you desire to wish away.

We are in the Easter period when Jesus Christ was believed by his followers to have been arrested, crucified on the cross, died, buried by public figures, rose from the dead and seen by at least 500 people with 4o days before he ascended finally to heaven. Shortly before being crucified on the cross Jesus had declared to his disciples saying “I am the way, the truth, and the life, no one comes to the Father, unless by me”. Jesus had also declared to the then Roman governor Pontius Pilate when he said, “To this end I was born and for this cause I came into the world, that I should bear witness to the truth. Every one of the truth hears my voice.” Hence as far as Jesus Christ is concerned He has brought the Joyous News of Salvation to humankind. This is the way to God by the truth of life as written in the four canonical Gospels according to four Saints of the 1st century Matthew, Mark, Luke, and John. Matthew a tax collector, and John a fisherman, were two of the twelve directly-chosen disciples of Jesus. The phrases the way, the truth, and the life are the terms used by Jesus to express God. Love is another intrinsic nature of God, thus these three include the sympathetic traits of tender but strong affection such as compassion, mercy, forgiveness and being our brothers’ keeper.

What is the Eternal Life Jesus has come to preach and to establish? Jesus provided the answer as follows in the scriptures when he said, “Father, the time has come. Glorify your Son, that your Son may glorify you. For you granted him authority over all people that he might give eternal life to all those you have given him. Now this is eternal life; that they may know you, the only true God, and Jesus Christ, whom you have sent”. That is there is only one true God and Jesus Christ is the way to Him. Whoever knows and believes this has eternal life.

In contrast to the objective of Jesus leading us back to God because we have a strained relationship with God  the world is filled with legions of religions and practices, including outright those that are demonic, occultist, ritualistic, and each of them portraying solution to man’s yearning for a peaceful and successful life. Now we need to define what a successful or peaceful life means for individuals. For many acquisition of worldly wealth, powers, materials and getting whatever you desire, the moment you desire them, constitute success. Jesus describes acquisition of the entire world and losing out from eternal life as failure. Jesus came with new teachings and new focus from ordinary merchandises and their daily pursuits. It was a new society he came to build where one should love a neighbour even as one loves oneself.  A neighbour could be even those who do not share your faith, or those who do not look like you. Jesus was a revolutionary therefore as far as the teachers of law of his time, and of our own time could perceive. They have physical eyes and physical knowledge whereas Jesus came to open our spiritual understanding and pouring the divine nature of His father on us when we let him live in us. It is a new society.

We should note that in each one of us there is a religious soul called “I can do it myself life”. There is another soul power that tends always to act contrary to whatever we know to be truth and Satanic forces using us for evil. The third soul of freedom is the one propelling us into a Promised Land where saints live. At every point in time we have an opportunity to move away from mere religious life and free our soul from its captor so that we can embrace Jesus’ teaching as coming freely for us alone. It may surprise you to know that Jesus is for and belongs to every member of the humanity and for Jesus everyone was created and by him. Religion will never take anyone to the heaven Jesus was describing instead whatever we read about Jesus and refuse to do may stand only as witness against us. Those who would never have heard about Jesus before they are brought to the judgement seat may stand better chances of being acquitted than anyone who may have heard and refuse to accept the offer of Salvation in Jesus. The action word is to believe in Jesus for the salvation of our souls because everyone will be judged and Jesus is the Judge at the end. Pilate could not have understood the fact that Jesus was heaven higher than him nor the religious leaders who led him to be crucified because of jealousy, envy and ignorance.

The present group that is called the Society of Jesus is a Christian male religious congregation of the Catholic Church. The members are called Jesuits. The society is engaged in evangelism, witnessing and apostolic ministry in several nations across the six continents. Jesuits work in education by founding schools, colleges, universities and seminaries. They also engage themselves in intellectual research, and cultural pursuits. Jesuits also give retreats, minister in hospitals and parishes and promote social justice and ecumenical dialogues and debates. However this is not the Society Jesus came to build but a society that attempts to answer some calls of Jesus at best. Jesus came to build a holistic society where there will be enough love and service first between man and God and also between man and man. It is not a society based on religion but where the entire society has neither Jews nor gentiles, where doing justice is faith in action and not code of a religious conduct. If you do any iota of goodness to a neighbour because of a reward anticipated it is not good enough for Jesus. Jesus wants giving that looks forward to no earthly reward, love to others just as we want God to love us, forgiving others so that our own big faults might be forgiven, and so on. It is a life style.

Hence we wish you would remember that Easter is all about removing stones. When those barriers disappear, new hope emerges from the other side then you have a new life in Christ. But remember, it is God who specializes in stone removal. Whether you are looking for a way in or a way out, Jesus says, “I am the way, the truth, and the life”. Jesus’ death and resurrection opened the door to new life. The stones that imprison us or block our path have no power to destroy us. There is only One who can roll away your stones and bring joy, new life, and freedom through Christ. None of our political leaders has any ability to relieve the world of any of the menaces and unhappiness because they are not the authors of life. Look up to Jesus not a politician or even science. Enjoy the Easter as you consider joining this robust Society of Jesus without any further delay. We are wishing you a Happy Easter.