Crack Among 12 Suspended Anambra Monarchs As One Apologises to Obiano 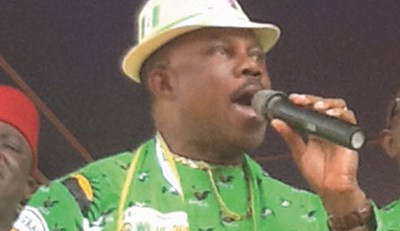 (AFRICAN EXAMINER) – One of the twelve Traditional rulers recently suspended for one year by governor Willy Obiano, of Anambra state, for traveling to Abuja to see President Muhammadu Buhari, without his consent, has apologised to the governor and the state traditional rulers Council.

African Examiner reports  that the affected Monarchs, had gone to see president Buhari in Abuja last week, through  oil magnate, Prince Arthur Eze, without informing  the state governor, an action the Anambra state government said violates certain rules guiding the operation of traditional rulers  in the state, and therefore, slammed them with one year suspension each.

The remorseful Monarch, Igwe MacAnthony Elibe Okonkwo, of Alor Community in Idemili South Council area of the state, where Nigeria’s Minister of labour and employment, Dr. Chris Ngige hails from, tendered the unreserved apology at the week.

Speaking with newsmen in his palace, the Traditional ruler equally extended the apologies to members of his cabinet and his subjects.

He said: “It was a serious slip on my part not to have informed the government about the trip to Abuja before embarking on it. I, therefore, tender an unreserved apology,” the monarch said.

Igwe Okonkwo, had used the media briefing to dismiss rumour make the round that he was induced with money and gifts before agreeing to accompany Prince Eze to see President Buhari.

He explained that the money he was seen counting in a trending video clip was meant for his driver and other aides for their upkeep and wondered how somebody of his status who had made money before becoming a king would be accused of taking bribes.

“How can they call it a bribe? What kind of bribe is that? that is total fallacy? I was counting out money for my driver and other aides for fuel and their welfare” he clarified.

According to the Monarch, “I have never taken any bribe in my life from anybody. But if I wish to do so, you have to pack Ghana-Must-Go bags of dollars up to 10 or 20, if I receive them, then you will be talking about bribe.

Our correspondent reports that the suspension of the traditional rulers has continued to generate mixed reactions from various quarters.