Differences between Egypt and Syria in the Ongoing Arab Spring 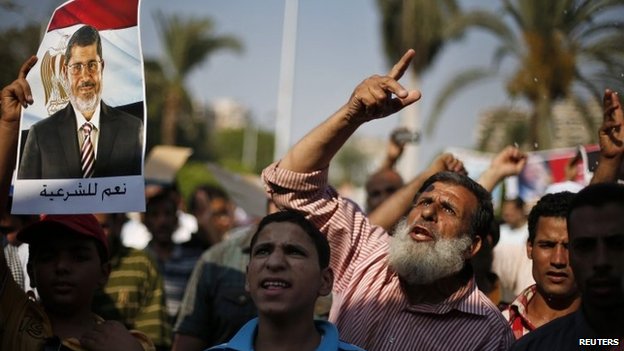 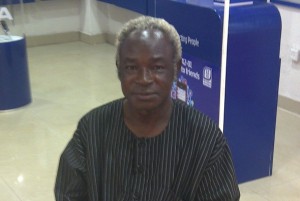 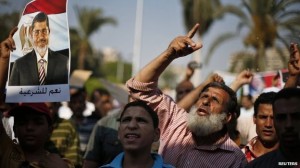 The ongoing Arab Spring, that has become most popular in Syria and Egypt, will eventually create a school of thoughts for all. The first thought is the way the Western powers are quick to protect and rescue Egypt whereas Russia, and other factors, keep the door of western intervention to a check and limited to only arming the enemies of Syria, even at the risk of arming their future foes. Egypt has gone through a whole cycle and starting all over again whereas Syria is embroiled in a war within with no sight of how it will all end. The Americans and their allies make the differences.

That America allowed the Brotherhood to lead in Egypt in 2012, is still leading to the Obama factor who believes he can take all the chances because of his extreme views in liberalism and secularity agenda. The Brotherhood in Egypt is the same as Hezbollah called a terrorist group by America and her allies because they pursued their political agenda without excluding violence. The recent unanimous conclusion is that the Brotherhoods are neither administrators nor community organizers. They ran a non-inclusive and religion agenda driving government in Egypt for the one-year they were allowed. Their failure is now public with no private success. Despite the failure of the Brotherhood, the unnecessary intervention of the military, and the failure of the Americans to have used their intelligentsias to predict what eventually is becoming the Egypt possible disintegration, Americans still find some courage to send top level Senators and politicians to mend fences in Egypt. Meanwhile lives are lost daily in Syria, with the possibility that chemical weapons might have entered the war game, and western allies can only threaten Syria with more attacks and not peaceful mediation.

Syria should be helped and the right group to help are the United Nations led by United States of America and its allies, not Russia who has no allies any more nor interest in Syria other than selling arms to Syria. The United Nations must bring Russia to book for prolonging the Arab Spring in Syria to this level in Syria. Russia has her many problems when it comes to moral, economy, military
interventions, and even international politics. What is good for Syria is that we have no war in that country or bring the war to an end forth with. The United Nations should live up to its responsibility at last in Syria. We wish the UN would not allow individual nations to act unilaterally, as we guess is now possible. Momentum on ground in Syria should be changed but for the good of majority of Syrians.

In a proper democracy President Assad ought to have stepped aside a long time ago and save its country this needless war. That is what is expected from a democrat who loves his country and democracy. Holding to power and expecting miracles to happen is pure gambling with the futures of many lives in Syria and the neighbouring countries.  Geneva II Conference that had been unable to
meet up till now over Syria has been caused by the factor that Russia and America who are in the equation rather than the welfare of Syrians on ground. President Assad should go, and even now would be good enough for him, to avoid any more blood bath.

International law supports that, “if it is established that chemical weapon has been used then militarily intervention could follow”. This has been established that the wars within Syria have involved the use of chemical weapon. We are now awaiting a military intervention in Syria; especially we wish it from a coordinated United Nations force. Nevertheless individual countries who feel
capable may act.

What are the consequences of further military actions in a Syria that has already been stressed beyond its bothers? Obama and the Americans are not only foot dragging to change the matter on ground in Syria they are further helped by Russia who only wishes to maintain status it has lost in international wars and relations. Should Russia start a direct fight in Syria then the West will be too glad to ruin whatever is remaining of Russia. Russia is in a position to gauge its own internal strengths and long interests at this moment. Perhaps this is the time for the emerging China to come in and provide a needed leverage but China should redefine her international interests beyond just investing or world poor land and only handing over its gains in interests to western banks.

It is very difficult to recreate events around Syria to declaim the use of Chemical Weapons but it is certain that a losing force in war usually would embark on such act to drag other forces into the war. President Assad and his forces may have decided to prolong and share the consequences of the wars he has created in his country. Nevertheless the United Nations should intervene without
further delay.

Egyptians are polarised right now but for good. The majority of Egyptians are true democrats even at the expense of religious sentiments that kill them in Iran, Syria and many other places in Arabs and Nigeria. There is a reality moment and individuals should reach this reality point many times in life. A reality point is when you decide that enough is enough and you make a u-turn and dumping all contrary sentiments that may have pushed you to reach that end. We think President Assad of Syria
can still save his country by stepping aside even this very late hour. We also think that the Brotherhood in Egypt ought to call it quit and leaving the streets of Egypt all together for the interim government to have a free hand to lay acceptable road map for Egypt.

The world would be a safer place if we can jointly call a spade a spade. Alternatively, whenever we disagree that we have allies like the Americans or the Russians who are prepared to tell the truth at all cost. This should be part of globalization where you realise that objective decisions are now the stock in trades. It is damaging and evil for either the West or Russia to hope to hold on to a veto power in the United Nations and never think of a time they will lose such a veto. The new dynamics suggest that many more nations are emerging and such may act with or without a veto power. Amongst the developing nations many are going to be more important and more relevant to reality and international politics than Russia, sooner or later. Veto power has no meaning when its uses are only selfish or narrow in international politics. Russia should justify its use of a veto in Syria at this moment of war. Certainly Russia is not using its opportunity at the pulpit to preach any good sermon of holding to a veto power or making good use of it, other than because of being a nuclear weapon country. Therefore any further sanctions going to war-turn Syria should be directed to Russia who pushed them to this level without and ability to safe them henceforth. The differences between Egypt and Syria are the people they choose as friends and allies.

The use of chemical weapon was set as a red line for the western powers to intervene. In any case, how much worse should the situations in Syria reach before there is a moral international intervention in the in ongoing war within its bothers; even taken chemical weapons out of the equations? Close to 2 million people are refugees, nearly 120 thousand people are dead, the war has been going on for more than 27 months, Russia has vetoed at least 3 resolutions in Washington over Syria. Over 7 million Syrians are displaced within Syria. Over 1000 Syrians are running out to “only God knows where” every day because of the wars. These figures will, with or without additional chemical weapon component that has been established, support intervention on humanitarian or moral grounds. What we are suggesting is for President Assad to step aside immediately. This would provide a foundation for a long term legal basis to intervene and rebuild Syria and prevent Hezbollah taking advantage of whatever may be left of Syria. Whereas it was possible to manage the Brotherhood in Egypt it would be completely impossible to tame Hezbollah or bring them to modern
politics anywhere in the world.

The world politics consists of several inequalities, consideration of sentiments, and whether strikes are close to allies or not. Hence we can only imagine the plights of ordinary Syrians, children and venerable citizens in the hands of a set of world leaders, who would act too late and too little, inappropriately, or simply to please their domestic consumptions respectively; and not to profit Syrians require their timely actions. The optimum solution is for President Assad to step aside if only he has some courage and vision.

The whole world seems helpless in a glaring violation of international law by someone in Syria simply because it is happing in Syria; that is Syria, Iran, Russia, and their allies should be allowed to rot away, because head or tail there is no winner in sight. America’s eventual intervention would come when it would have been extremely too late and only to maintain American ego in the world. Like President Assad agreed, Syria is a keg of gun powder and everyone, including America should stay away. If that happened Russian would have been responsible for the untold hardships already ongoing in Syria and its neighbourhoods. Russia needs to redefine its foreign relationships and include being humane and truly godly.