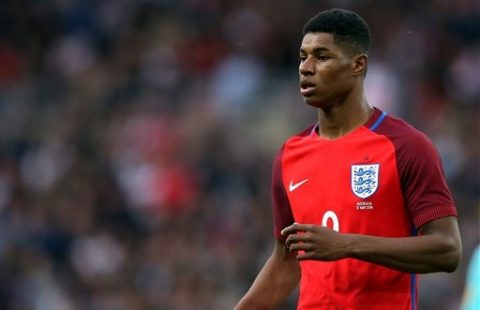 The 18-year old Rashford, scored on his international debut in the 2-1 friendly victory over Australia last Friday.

Hodgson’s side begin their campaign in France by playing Russia on 11th June, before meeting Wales on 16th June and Slovakia on 20th June, 2016.

Rashford, who signed a new four-year contract with Man U Monday, made his first-team debut on February 25; scored eight goals in 18 club games to earn an international call-up.

However, the Newcastle United’s Andros Townsend and Leicester City’s Danny Drinkwater could not make the list.