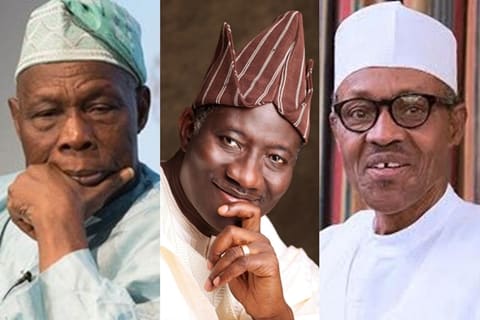 (AFRICAN EXAMINER) – The quest for the Southeast geo political zone of the country to produce the next Nigerian President of Igbo extraction in 2023 has received a boost, as a group, known as Nigerian presidential project NPP, 2023, championing the course, unveiled its plans in Enugu.

African Examiner reports that the group took the step as it officially inaugurates the leadership of its various state chapters in the southeast zone of Imo, Enugu, Anambra, Ebonyi and Abia states.

Addressing newsmen in Enugu during the inauguration, NPP Chancellor, Dr. Walter Obiora Oji, explained that the political advocacy group, has the objective of actualizing the full integration of the Southeast geopolitical zone into Nigeria’s political power distribution with particular regard to the office of the President of Nigeria.

According to him, there was no better time than now for the Southeast to produce Nigeria’s President, insisting that the full political rehabilitation of the South East Zone into Nigeria’s political power distribution remained the most glaring area yet to be addressed.

The Enugu state born politician stressed that the  quest for Nigerian President of South East extraction was not in any way in conflict with restructuring agenda, stressing that while the restructuring of Nigeria is encouraged, the South East should claim its right and turn for the Presidency.

He  noted that General Yakubu Gowon’s reconciliatory declaration of: “No Victor, No Vanquished” after the Nigeria/Biafra civil war with the three R policy of reconciliation, rehabilitation and reconstruction were unsuccessful and could only be fully realized with reintegration which according to him was an integral objective of the policy.

The Chancellor, however, argued that Nigeria’s power rotation has been a North to South and South to North arrangement with the President and office of President rotating in like manner.

“Under this arrangement and with the incumbent President coming from the Northern region and serving out his second tenure, the position of the President is obviously to rotate to the Southern region which consists three geopolitical zones, namely, South West, South South and the South East.

He admitted that the journey would not be easy as power was usually not given but taken,  urging all Nigerians to work together to actualize, calling on all political parties to zone their presidential candidate to the Southeast.

Oji, a former local government chairman of Udi council area of Enugu state further hinted that NPP,  has begun handshakes across the Niger and Benue and a real time outreach within the Atlantic coverage of its Southern neighbours, assuring that the group was prepared to commit unlimited amount of financial and human resources for the actualization of the noble cause.