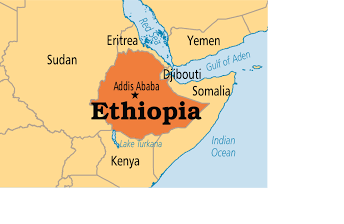 A statement by his office on Tuesday evening said Guterres remained “seriously concerned” over the situation in the war-hit region.

The statement said he attached strong importance to the partnership between the Ethiopian government and the UN, through its Country Team, to address the “acute humanitarian needs of all affected populations”.

“He underlines the need for continued urgent steps to alleviate the humanitarian situation and extend the necessary protections to those at risk.

“In this context, the Secretary-General welcomes the positive engagement of the Government of Ethiopia during recent visits by senior UN officials.

“These engagements are undertaken in line with the Secretary-General’s call to the government for sustained, impartial and unimpeded humanitarian access to affected areas,” it said.

Ethiopia’s central government launched an offensive in November after the Tigray People’s Liberation Army (TPLA) seized military bases in the region in a secession attempt.

On Nov. 28, government troops captured the regional capital, Mekelle, ousting the TPLA, which had been Tigray’s ruling party for almost 30 years.

Guterres’ statement came amid reports that the Ethiopian government was denying the media and aid agencies access to the region.

Earlier on Tuesday, opposition parties in Tigray reportedly warned that the crisis would soon degenerate into a “humanitarian disaster” if aid was not delivered urgently.

The parties said people were already dying from hunger and urged the international community to intervene, reports the BBC.

But Ethiopia’s government said aid was being delivered and nearly 1.5 million people have been reached, the news outlet added.

No fewer than 200,000 people are said to have been displaced by the conflict in which about 100,000 Eritrean refugees sheltering in UN-run camps in the region are reportedly caught up.

The BBC quoted a UN refugee agency spokesperson as saying they had received reports that some of them were eating bark of trees and drinking water from puddles.