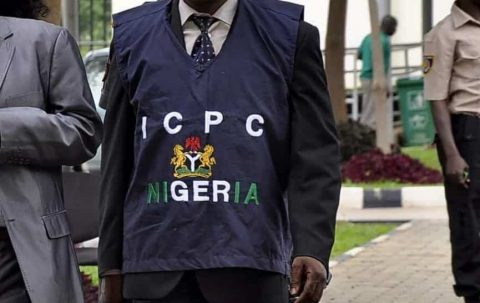 (AFRICAN EXAMINER) – A renowned Economist, Dr. Chinwike Uba, and the Independent Corrupt Practices and other Related Offences Commission ICPC, have identified lack of transparency, accountably, and prudent management of resources by  local government areas bosses in the country as the key factor militating against development of the rural Communities.

The Nigeria’s  Anti-graft agency, declared that not until Council Chairmen in Nigeria,  Enugu state inclusive begins to appropriate the finances in their disposal prudently on human oriented programmes, the issue of development at the grassroot levels will remain a mirage.

Speaking during a one day sensitization programme on “Accountability and Transparency in the local System” organized by a Nongovernmental organization, (NGO) Global Society For Anti- Corruption, (GSAC), for Council Chairmen, their Deputies and Head of personnel Management (HPM) in the state, ICPC Commissioner in Enugu state, Barrister Amedu Sule, regretted that lack of prudent management of resources, had remained a cog in the wheel of progress at that tier of government since inception.

Delivering a paper, entitled: “The role of the Civil Servants, and the Impacts of  Corruption on Development” weekend in Enugu, the ICPC Chief in the state, stressed the need for handlers of the system  to endeavour to change the narrative for the interest of the poor rural dwellers who relies on the system which he noted, ordinarily, ought to be the closet tier of government to the Communities.

He stated that corruption has eaten so deep in the local government system in Nigeria, and has continued to hinder development in the localities, calling on all stakeholders to rise up and say no to the ugly trend.

In his presentation, Dr. Uba, who spoke on “Transparency, Accountability and Quality Services  Delivering in Local Government System” faulted the idea of contracting council personnel functions to private firms  and individuals, by local government Chairmen, urging state governors, and Council Chiefs to stop the trend, because it is counterproductive to the people

The Development Economic Expert and Founder, Amaka Chinwike Uba Foundation, also criticised the handling of local governments annual budgets in secrecy  by Council Chairmen, saying such documents ought to be in public domain for accessibility by tax payers.

“It also leads to off-budget agency funding and contributes to budget fragmentation and lack of transparency,’ averring that to improve transparency and accountability in fiscal management at all levels of government especially at the local government area, “it is necessary to ensure full budget control and coverage.’’

“States have been accused of diverting some of the local government resources (monies) into off-budget accounts. These accounts typically lack oversight and transparency. These off-budget transactions take different forms, from extra budgetary funds to the lack of integration of investment planning,’’ he stated.

He noted that Enugu State is predominantly rural (over 80 per cent), which makes it imperative to have a sustainable development anchored on good governance and democracy dividends to the vast majority of the people at the localities.

Uba, who is also attached to the African Heritage Institution, an economic and political research-based institute, called for participatory budgeting and project implementation taking into account the people’s input.

She said GSAC, vision is to see a corrupt free society based on integrity, transparency, accountability and to provide the platform to eradicate all forms corruption and continuously strengthen integrity to help promote the god image of Nigeria to the world over.

According to her, “since 2006, we debuted, as a nongovernmental organization, with core interest in extending the frontiers of anti – corruption as well educating the public on electronic frauds and other related vices. We have left no one in doubt about our commitment to ensuring that we delivered in accordance with our mandate

“We have continued to educate the citizens on the implication of corruption and other related  crimes such as drugs and human trafficking, promote peace and amicable resolution of conflicts , as well as facilitate reintegration of discharged inmates of the Correctional and Rehabilitation services into the society, including legal services, among others.”