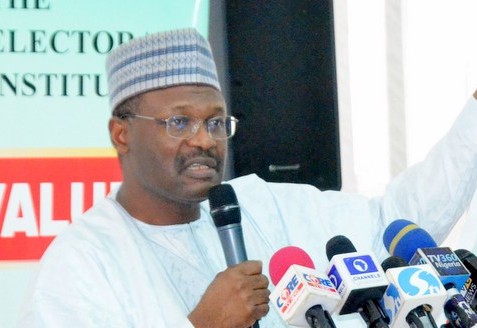 (AFRICAN EXAMINER) – The Independent National Electoral Commission (INEC) says it may respond to some of the issues raised by the Bayelsa State Governorship Election Petition Tribunal when it is availed of the full judgment of the case.

The INEC National Commissioner and Chairman, Information and Voter Education Committee, Mr Festus Okoye, stated this in an interview with the News Agency of Nigeria on Monday in Abuja.

The commission was reacting to the nullification of the state’s governorship election which produced Duoye Diri.

Okoye, however, noted that the Advanced Nigeria Democratic Party (ANDP) nomination for the election was invalid while the party did not exercise its right guaranteed in the Fourth Alteration to the constitution by filing its suit within 14 days of the accrual of the said right.

Okoye recalled that the ANDP was one of the political parties that signified its intention to contest the November 16, 2019 Bayelsa governorship election.

He said that the party conducted party primaries and submitted the name of one Peter David as its Deputy Governorship candidate.

“As at the time of the submission of the name of the said candidate, he was 34 years-old, contrary to Section 177 (b) of the constitution that makes it mandatory for a candidate for such office to attain the age of 35 years to be eligible to contest the election.

“In the candidate’s statutory declaration of age and affidavit attached to his form, the party stated that he was born on February 10, 1985.

“The commission also informed them of the invalidity of their nomination for the November 16, 2019 governorship election in Bayelsa State,” he said.

Okoye also recalled that on September 21, 2019 and in response to the letter of the commission dated September 13, 2019, the ANDP wrote the commission acknowledging the invalidity of it nomination and forwarding the name of one Miss Inowei Janeth as their new Deputy Governorship candidate.

“On September 27,  2019, the commission informed the party that the deadline for the submission of nominations as provided for in the Timetable and Schedule of Activities released by the commission on May 16, 2019 was  September 9, 2019.

“The commission also informed the party that since they did not submit valid nomination, they couldn’t validly substitute any candidate.

“Consequently, the name and logo of the party did not appear and was not reflected in the ballot paper.

“It is pertinent to note that the party did not exercise its right guaranteed in the Fourth Alteration to the constitution by filing its suit within 14 days of the accrual of the said right as the issues canvassed are pre-election issues.

“The commission may respond to some of the issues raised in the judgment of the tribunal when we are availed of the full judgement and the reasons for the judgement,” Okoye said.

The Bayelsa State Governorship Election Petition Tribunal sitting in Abuja had on Monday nullified the election of  Diri.

The Justice Ibrahim Sirajo-led panel voided the outcome of the gubernatorial election that held in the state on Nov. 16, 2019, over the exclusion of ANDP in the exercise.

ANDP had in a petition it lodged before the tribunal contended that it was unlawfully excluded from participating in the election by INEC in spite of the fact that it fulfilled all the statutory requirements.

The tribunal said it found merit in the petition and consequently nullified the election and ordered INEC to conduct a bye-election in the state within 90 days.