Insurers Association to Launch Insurance Database for Marine Sector in 2014 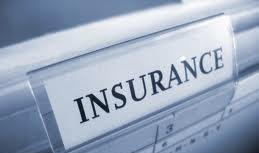 In a bid to bring sanity to end fake motor insurance certificates that flooded the country, the Nigerian Insurers Association (NIA), is set to launch the second module of the Nigerian Insurance Industry Database (NIID) in Marine business by first quarter of 2014.

This is coming three years after the introduction of the NIID by the association which has the motor insurance policy in its first module with less than 2 million vehicle policies already uploaded to its server.

Speaking at a two day seminar organized by the association for members of National Association of Insurance Correspondents (NAICO) on Monday, December 10, 2013, held in Ijebu-Ode, Ogun State, the Director-General of the association, Mr. Sunday Thomas, said the aim is to ensure fake marine insurance policies floating in the country are eliminated.

Thomas however lauded the performance of the project since its introduction three years ago, adding that the success achieved so far from the first module has led to the implementation of the second module in marine business.

He noted that the association is collaborating with security agencies such as the VIO, FRSC and the Nigerian Police Force (NPF) to ensure the successful implementation of the project in all parts of the country.

Speaking on the current ranking of Nigeria insurance industry among other nations, the NIA boss noted that the industry need to work more on the level of awareness which he believed is a major instrument that will help the industry claim up the ladder. Nigeria is currently ranked 60 in the world.

Mr. Sunday Thomas shared the believe that ‘no premium, no cover’ is still the best thing that has happened to Nigeria insurance industry. Though, he agreed that there were some level of drop as against what it is use to be but there is tangible evidence in terms of the available liquidity.

He said, “There have been a greater improvement in the area of ethical behaviour in the industry and it has also minimize the unhealthy practices.”He also lamented that operators are still finding it difficult to deal with issue of International Financial Reporting Standard (IFRS).

The Director General however shared that public patronage of the insurance business in the country is yet to reach the desired level notwithstanding the various legislations enacted to promote patronage.

“The inability of government to lead by example, market rating of risks, tax discrimination against the insurance industry, high cost of business transaction, issues of co-operate governance and issues of human capacity among others are the challenges facing insurance industry in Nigeria.”

Meanwhile, a paper presenter and Head of Nigerian Insurance Industry Database (NIID) project, Mrs. Bola Omole, presenting her paper on insurance Database said that the database in 2013 has uploaded 1.65 million vehicle insurance policies as against 300,000 it uploaded in December 2011.

Omole who quoted statistics released by the Federal Inland Revenue Service (FIRS) said as at 2012, there are 11.5 million vehicles plying Nigerian roads but only 1.65 million are genuinely insured with registered insurance companies.She explained that since the deploying of 25 gadgets to Ogun State for verification, there has been high patronage of genuine motor insurance policy by the people.

Mrs. Bola Omole however blamed the slow pace of the NIID project on lack of government buy in, lack of enforcement and lack of adequate awareness about the project as some of the challenges confronting the performance of the project.She urged government at all levels to enforce this laws that have been established by an Act, adding that is the duty of the government to enforce laws.

She also said that the Nigerian Brown Card market premium income has increased from N3.5million in 2010 to N8.5million in 2012 and N10million in 2013, adding that through awareness creation, the ECOWAS Brown card association plan to grow the Brown Card in Nigeria to 150million.