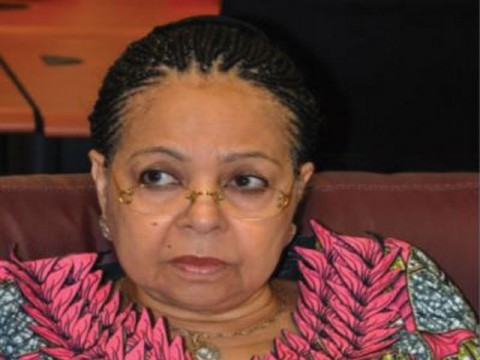 These days, some news in the media elicit so much angst that you cannot help but laugh at the ineptitude that passes off as ministerial duties.  On the other hand, one wonders why some public officers think that some of us are so daft we have to be fed a daily dose of annoying materials. Even sacked ministers do the same, because one cannot understand why former Minister of Housing, Ms Amma Pepple, scored herself high, but believed she was removed from office because she was associated with Governor Rotimi Amaechi of Rivers State.

That was needless bellyaching for a person who rose to the rank of a Permanent Secretary, and serving in critical areas of the polity, and yet not knowing that in matters like hers, once her sponsor became a blackleg, she was deemed to be one and should be kept far at bay.  And why did she score herself high?  Only her examiner, the President, could determine how well she performed.

Or the ludicrous attempt by Minister of the Federal Capital Territory, Senator Bala Mohammed, to do what one of his predecessors in office, Nasir el-Rufai, did by employing consultants.  However, he chose to hide under the fact that civil servants were liars.   All over the world, civil servants lie, especially when their principal are dunderheads; or when the principals play the ostrich looking downwards when they should be stretching out their necks, using them for what they are meant to do.

Read this from a man who has been in charge of Abuja for four years: “A city like Abuja cannot be allowed to degenerate into what it is today. And you (journalists) have seen things for yourself.  I have shown the directors that all the information they have been giving me were lies.  They told me that the city is clean, which is not true. And we have gone round with you (journalists); it is not true.

This man had the temerity to tell us that he was considering taking consultants to do the work of paid government officials for which Nigerians are being taxed.  By his own admission, he went on the tour with journalists because of a reprimand from President Jonathan.  Is that so?  Did he need a nudge from his boss to simply do his job?

Read him further: “It is either they (civil servants) resigned honourably or we show them the way out…This has become necessary because we have been talking and talking. I felt highly disgusted and so, we have to go on this inspection.  I was becoming disillusioned and disgruntled. I’ve read the riot act to all directors. We are sending notices to all those who love to flout our bye laws.  We won’t allow Abuja to become a jungle.”

In the same Abuja, the Minister of State in the Federal Capital Territory, FCT, Olajumoke Akinjide, took on the Director of Sports in the Social Development Secretariat of the FCTA, Musa Halim, because six months after she approved membership of the associations, nothing had been done about it.

That is her story, and we know that Halim would dare not tell his side in public.  But if she is to be believed, what manner of persons work with the President?  The ministry where the minister operated was made to look incompetent, and she kept quiet for a whole six months, and she thinks she should be retained for not causing the director of sports to be fired.  Wonders will never end.

Take the suspended Governor of Central Bank of Nigeria (CBN), Sanusi Lamido Sanusi, who thinks because he goes to speak to the international media and feed them one-sided stories, because of an arrangement by a media consultant, the rest of us would be fooled.  It doesn’t matter if it is a world reputed newspaper, the same unethical conducts that prevail in Nigeria prevail the world over in journalism, where a newspaper like the New York Times will run an obviously biased story, without adequate reference to the man’s own damning financial sins.  Is it because Ernst & Young, the world class auditing firm is involved?  Time will soon tell how these much-trumpeted firms of questionable repute that connived to cause the mortgage market collapse that brought opprobrium to the financial markets are operating out there and in here in Nigeria.

If not his sins, has it occurred to the international media that if the Chairman of the Federal Reserve Bank or the Governor of the Bank of England, were to be as inconsistent with figures running into billions of dollars as Sanusi, they would be forced to resign.  What about that gaffe about 25% of the federal funds being spent on the National Assembly annually?  Or the mess that most directors and others know he was involved at the CBN that is being kept quiet?

It is ministers like Mohammed and men like Sanusi and others in the cabinet that make the President look like the bad guy.   It is obvious he is surrounded by crooks more interested in lining their pockets than doing their jobs.  One minister kept attending the Federal Executive Council (FEC) and running a ministry when his political godfather was running around the country making nonsense of his boss’ image, and yet he did not resign honourably until he was booted out shamefully from the Sports Ministry and the cabinet.

May be it is about time the President took another combing look at his cabinet; investigate his ministers; send non-performing ones home; while the corrupt ones should be made to face the music from the Economic and Financial Crimes Commission (EFCC). It is time for needful action.

Adejoh sent this piece from Abuja and can be reached through Matoadejoh@yahoo.com