Kenyan Election IT Head Found Dead Ahead of Presidential Polls 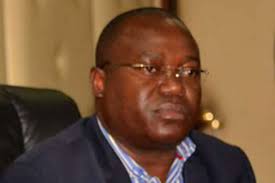 (AFRICAN EXAMINER) – The man in charge of Kenya’s computerised voting system has been found dead just days before the 8 August elections.

Chris Msando, an electoral commission IT manager, had gone missing on Friday.

“There was no doubt he was tortured and murdered,” said the commission’s chairperson, Wafula Chebukati.

Tension is high as the presidential election is expected to be a close race between incumbent Uhuru Kenyatta and long-time opponent Raila Odinga.

Mr Chebukati, chair of the Independent Electoral and Boundaries Commission (IEBC), said: “In our mind as a commission, the only issue is who killed him and why, and that is the question that must be answered.”

Mr Chebukati demanded that the government provide security for all of his staff. He is now being protected around-the-clock, local media report, with six more police officers assigned to protect him from Monday.

Kenyan newspaper The Star reports that Mr Msando’s body was found with one arm missing./BBC