MURIC Raises Alarm over Assassination Attempt on His Director, Akintola 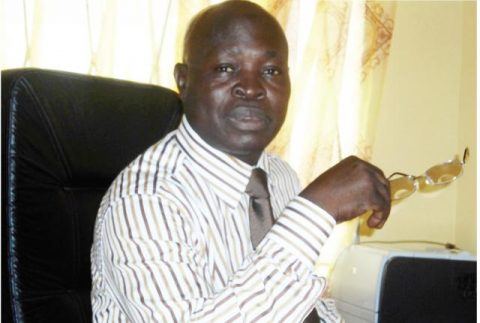 LAGOS, NIGERIA (AFRICAN EXAMINER) – The Director of the Muslim Rights Concern (MURIC) Professor Ishaq Akintola, has raised an alarm that four suspected gunmen visited his home on Sunday, December 18, 2016 with attempt on his life.

The suspects who arrived around 6 pm, according to a statement issued in Lagos by the group’s General Secretary, Public Relations Officer, Mallam Yakeen Williams and Shefiu Ayorinde respectively, wore native dresses and turbans to disguise themselves as Islamic scholars.

MURIC alerted that the men who came in an old, grey Toyota car made spirited efforts to gain entrance into the house but were denied entry, as they were told to dial Prof. Akintola’s telephone number if indeed they knew him, but they could not do so.

The group disclosed that when suspects’ claim that they had come to invite the academia to a conference failed to work, they left with promise to return the next day, ‘’but nothing has been heard from them since’’.

‘’We recall a more brutal attack on the residence of Professor Akintola which took place three years ago. The attack which was carried out by six heavily armed men occurred around 1.20 am. It was clear that they were killers because they entered the building shooting sporadically without demanding for money or any other thing. Although Allah saved the Islamic scholar from the intruders, his wife, Alhaja Aminat Akintola, was shot. One of the vigilante men in the area was killed while two of the attackers were also shot.

‘’We strongly suspect that the latest incident was either an attempt to kidnap the renowned activist or to assassinate him. Akintola is a special asset to Nigeria and the best this country can do for him is to give him maximum protection. We therefore appeal to the Inspector General of Police to ensure the safety of Professor Akintola and his household’’ the statement said.

MURIC also called on Islamic scholars and the general public to be security conscious, adding that under no circumstances should strangers be allowed into people’s homes.