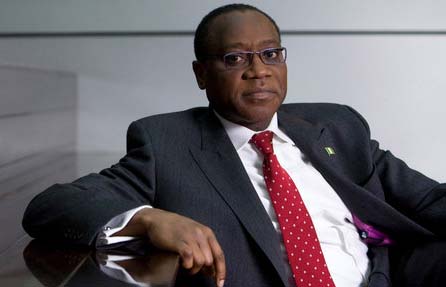 The Nigerian government is set to kick-start a new financing scheme that will go a long way in helping Nigerians in buy brand new vehicles with less difficulty in terms of affordability. 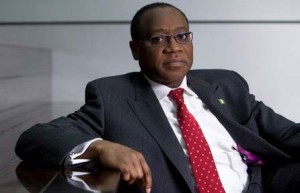 The new scheme, which will commence in the next four months, will make it possible for Nigerians to buy new cars assembled in Nigeria at an interest rate of not more than 10 per cent repayable over a period of four years.

The Minister of Industry, Trade and Investment, Mr. Olusegun Aganga, who made the disclosure at a press briefing in Lagos, also debunked the recent rumour making the rounds that the Federal Government has increased the tariff on imported cars by 70 per cent.

The minister said such information was incorrect and misleading, adding that the Nigerian Automotive manufacturers have already assured the government and all Nigerians that there is adequate stock of imported vehicles and that its members have not and will not increase the price of imported vehicles.

“Nigeria is the only country in the world where used vehicle were not banned following the introduction of the new automobile policy. This is because President Goodluck Jonathan, before announcing the new policy, had taken into consideration the current socio-economic conditions of the average Nigerian and would not want to come up with any policy that will inflict more hardship on them”, he said.

Mr. Aganga also noted that the new automobile policy has been structured to encourage Original Equipment Manufacturers to invest in Nigeria to create jobs and develop our economy because, according to him, government have realised that for every car that imported  into Nigeria, is creating jobs for other countries.

“We knew that because we were just starting with the implementation of the policy, there would be a gap between local production and demand. Therefore, the policy allows those companies who have keyed into the policy by investing in the establishment of assembly plants in Nigeria to help us create jobs to import the difference of what they cannot produce at 35 per cent duty.

“However, for those companies that want to continue to support the economy of other countries and help them to create jobs at the expense of Nigerians and the Nigerian economy, they can import cars at 70 per cent”, he further disclosed.

The minister further explained that the overall objective of the Federal Government’s new automobile policy was to fast-track inclusive economic growth.

According to him, “The automobile industry is very strategic due to its economic benefits and overall impact on industrial, skills and technology development, job creation and foreign exchange stability, among other things. Among the 10 most populous countries of the world, Nigeria and Bangladesh are the only two countries without a successful automobile programme.

“As a country, we made a good attempt at developing our automobile sector during the administration of General Yakubu Gowon in 1972 but it collapsed due to the lack of policy consistency. In order to ensure that there is no policy somersault, the Federal Government has already taken steps to ensure that it is backed by legislation. Already, the new automobile policy has passed the first reading in the National Assembly and we are working with stakeholders to fast-track the passage of the bill into law.”

Speaking during the event, the Executive Director, Nigerian Automotive Manufacturers Association (NAMA), Mr. Arthur Madueke, said members of the association had enough stock of vehicles, adding that nothing could warrant any increase in price.

Madueke also pointed out that the total number of new cars imported into the country in 2012, was 50,000 and that between January and December 2013, about 52,000 new vehicles were imported, while as at May this year, 37,000 cars have been imported.

“All the vehicles were imported before June this year at the 20 per cent duty. So why do they now want to make things difficult for the ordinary Nigerians through needless exploitation”, further stated.