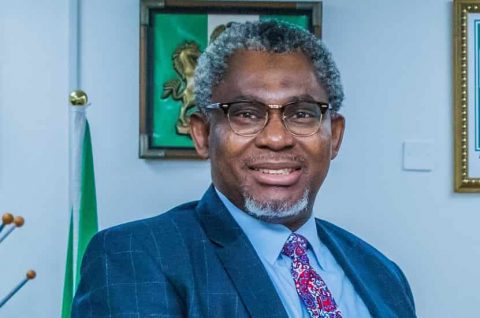 (AFRICAN EXAMINER) – The Federal Government of Nigeria said it is working towards actualizing its aspiration to have 50 mines in operation in Nigeria by 2023.

Nigeria, Africa’s most populous nation and largest oil producer is banking on mining to diversify its income and revive its finances following a collapse in crude prices, which earlier this year hit two-decade lows.

The West African country hopes mining will grow tenfold in five years to account for 3 percent  of the economy and that Nigeria can process as well as mine, which generates increased profits compared with shipping raw minerals.

The Minister of Mines and Steel Development, Olamilekan Adegbite who disclosed this during a media chat, expressed optimism on the possibility of meeting the target.

The minister said Nigeria can make up for time lost because of the impact of COVID-19 on development of the country’s promising mining sector.

“The pandemic has slowed things down, but we can still catch up”, Adegbite said.

He added that Nigeria aimed to process barite, used in drilling for oil and gas, and sell it to countries such as Ghana and South Africa, which need the mineral to exploit new oil discoveries.

In common with other African countries, Nigeria is also seeking to formalise artisanal mining, which could generate tax and royalties from gold.

He said Nigeria was encouraging small-scale miners to form cooperatives and sell at government-buying centres, where prices are closer to global values than those illegal buyers offer.

The minister noted that more commercial gold miners to be attracted once Thor Explorations’s gold mine in Nigeria’s southwest starts producing. Its first gold is expected in the second quarter of 2021.

In August, Adegbite had reassured Nigerians in the statement to mark his first year in office that the country will soon become a major gold producing hub in the West African sub-region.

He explained the development will diversify the country’s revenue away from crude oil and  create jobs for its teeming youthful population, adding that the government was creating an enabling environment across the gold value chain.

He also disclosed that the government had licensed two gold refineries that would refine gold to the London Bullion Market Association (LBMA).