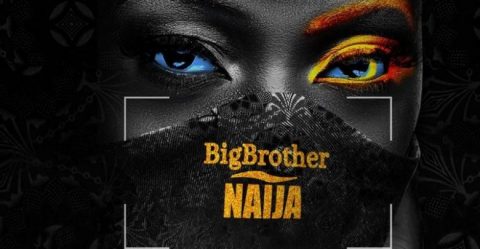 (AFRICAN EXAMINER) – The federal government of Nigeria has dismissed claims that it has banned the ongoing reality show in the country, saying the reports are mere speculations.

It will be recalled that reports came from social media that the Minister of Information and Cultural Orientation, Alhaji Laim Mohamed, has ordered that the programme be banned on television.

Reacting to this, Segun Adeyemi, the media aide to the minister, stated that the report was not true.

“There’s going to be a memo to that effect that he will send; anybody that is sure that the minister made that statement should provide a memo.

However, some Nigerians are basking in the euphoria of the reality show as they took to Twitter to express their views about housemates and other things.

Here are some of their tweets.

The Adeniyi Plug@TheOnlyAdeniyi writes: “Kiddwaya spent $8k on private jet just from Abuja to Lagos for #BBNaijia2020. If a calculate $8,000 very well is N3.1million. Haaaaaa. See Nengi tripping after Kiddwaya said he spent $8k for the jet coming to lag. Baby gal he’s for Erica pls focus on Prince or Ozo #BBNaijia2020.”

@adoreSuper5050 writes: “good the govt takes their focus off this reality show, there are many corruptions, insecurity that need more attention than a reality show on cable network with parental control. go bbnaija!!!”

BrotherUpdates❁@Bbn_Update_ writes: “But what exactly is wrong with Lucy being 30 or being old? Age is a gift. They are many people who were born the same time as she; that are no longer here. Breathe people, breathe! #BBNaijia2020 #LucyOurMama #BBNaijia”

@Thedorathybach. She’s EVERYTHING a human deserves!!! Her composure, sense of humor, cordial relationship with everyone is a vibe on it’s own.”

Moyosore@ifeholu writes: “Kiddywaya don collect our wife but we move. The goal is 85million. All the best to ship DERICA #LayconOurAristotle #BBNaijia2020.”

Melanin Rich@darkskinnedxx writes: “My fav at the moment – Erica, Dora and Nengi. I’ll choose between them when the game is getting hot but for now, lemme vibe .”

brendythebaddie@louisadickson16 writes: “I’m so excited for tonight party can’t wait to see Erica kiddwaya and ozo, nengi omo I go do make up and join them #BBNaijia2020.”

Luwi@Luwi_An writes: “Laycon is such a naughty boy.”

African Examiner reports that the winner of this edition of the reality show will walk away with N85 million grand prize.