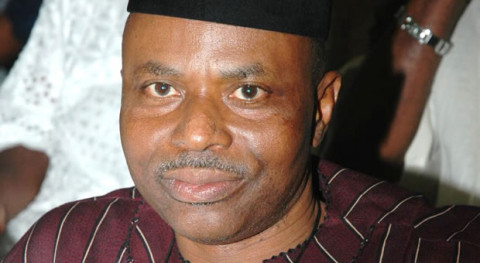 (AFRICAN EXAMINER) – The All Progressives Congress (APC) on Tuesday says that former Ondo Governor, Segun Mimiko, is trying to achieve a third-term ambition as he wants to achieve this through the Zenith Labour Party (ZLP).

APC disclosed this in a statement issued by the APC Publicity Secretary, Yekini Nabena, stressing said the entire governorship campaign of the ZLP was centred on Mimiko.

The party stated that Mimiko deceives himself thinking that Ondo people don’t remember how the former governor subjected the people to arbitrary, tyrannical and dictatorial actions during his tenure.

APC also accused the former governor of factionalizing the People’s Democratic Party (PDP) when he was a member of the party.

The ruling party also disclosed that during the time of Mimiko, projects were carried out based on political leanings and not necessarily based on the needs of the state.

African Examiner reports that Mimiko, is the ZLP National Leader and the ZLP is one of the political parties contesting in the upcoming gubernatorial election scheduled for October 10.

The flagbearer of the ZLP is the current deputy governor of Ondo State, Agbola Ajayi.