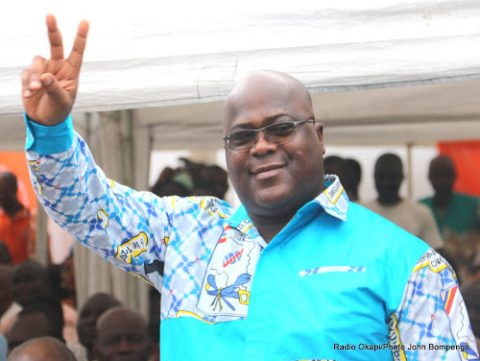 The announcement which was made overnight, sparked accusations of an “electoral coup” from runner-up Martin Fayulu.

Similarly, the Catholic Church said that the result did not match data collected by its election monitors.

The ruling party, whose candidate finished third, is yet to contest the result, prompting allegations of a power-sharing deal with Mr. Tshisekedi.

However, Tshisekedi’s team has denied the accusation.

If the announcement is confirmed, Mr. Tshisekedi will be the first opposition challenger to win since the DR Congo gained independence in 1960.

The incumbent Current President Joseph Kabila is stepping down after 18 years in office.

The capital Kinshasa and other key cities appeared calm Thursday, but fears remain that the announcement of the result could trigger unrest.

Meanwhile, UN Chief Antonio Guterres has appealed to all parties to avoid violence.