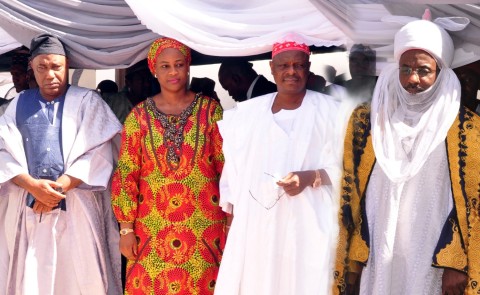 In its continued determination to decentralize its activities and bring it closer to the contributors and retirees, the National Pension Commission, (PenCom) has officially opened its North-West zonal office in Kano. 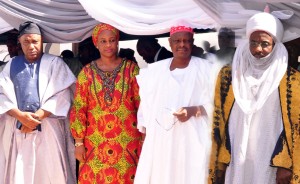 The commission’s Head Communication Unit, Emeka Onuora disclosed this in a press statement made available to africanexaminer.com that the office has a mandate to effectively extend the Commission’s services to all the seven states in the zone namely; Kano, Jigawa, Kebbi, Kaduna, Kastina, Sokoto and Zamfara states.

Four zonal offices located in Calabar, Awka, Lagos and Ilorin had earlier been opened by the Commission. The North-East zonal office in Gombe has been established and will be formally commissioned.

Gov. Kwankwaso promised to re-examine the status of the state in terms of compliance with the Contributory Pension Scheme with a view to the state fully embracing the Scheme.

The Contributory Pension Scheme (CPS) which is regarded as one of the most remarkable of initiatives that would bolster productivity and enhance industrial harmony, the commission said only three out of the seven states in the North-West zone, have recorded appreciable milestone, while others are at various stages.

According to the commission, “Jigawa state which was the first out of the thirty-six states in the federation to enact its law on the Contributory Pension Scheme (CPS) in 2005, had appointed Pension Fund Administrators (PFAs) to manage the Pension Funds which have a total value of N16.49 billion as at September, 2013. Kaduna state adopted the CPS and enacted its law in 2007.

It has also made significant progress in its implementation of the CPS, having registered 143,722 employees under the Scheme, with Pension Contributions of N9.46 billion as at October, 2013. The state had conducted an actuarial valuation and determined the accrued pension rights of its employees for their service prior to the CPS and established a Retirement Benefits Bond Redemption Fund which currently has a balance of N1.6 billion.

In her address, acting Director-General of the Commission, Mrs. Chinelo Anohu-Amazu, revealed that the cardinal principle of separation of custody of funds from management and supervision has resulted in a Pension Scheme with sound internal mechanism for the transparency and accountability.

She cleared that the Pension Fund Administrators manage the funds, they do not have access to same as custody is vested in the Pension Fund Custodians (PFCs) and the Commission ensures both parties adhere strictly to regulations governing the funds. “This ring fencing of Pension Fund Asset and regulatory non-interference, the Acting Director-General noted, has resulted in the consistent growth in a large pool of pension Assets of N3.8 trillion which are invested in structured and safe financial instruments”, the DG added.

The Commission, she stressed, is refocusing greater attention to the supervision of the Old Defined Benefit Scheme of the public service with a view to stemming the tide of inefficiencies identified.

This, the PenCom boss stated, will be carried out through the Pension Transitional Arrangement Department (PTAD).

Mrs. Chinelo Anohu-Amazu, explained that the establishment of zonal offices in all the six geo-political zones of the country is a deliberate attempt to encourage and facilitate compliance with the Contributory Pension Scheme, adding that the Commission expects the states in the North-West zone to renew their commitment by ensuring the speedy implementation of the CPS in order not to shut out their citizens from the benefits of a hassle-free retirement.

The Commission’s Director General therefore appealed Governor Rabiu Musa Kwankwaso to spearhead the compliance of the states in the North-West zone with the Contributory Pension Scheme (CPS).

In the same vein, the Governor of Central Bank of Nigeria, Mallam Sanusi Lamido Sanusi, stated that the CBN has been collaborating with PenCom for the success of the pension reforms.

Sanusi noted that the reforms will guarantee a secured future for workers.

He pointed out that the pension industry has generated funds that could be invested in infrastructural developments.

Also, Senate Committee Chairman on Establishment and Public Service Matters, Dr. Alloysius Etok, in his goodwill message advised the Commission to ensure that only the states that key into the Scheme would benefit from the pension funds.

Etok assured the Commission and the pension industry that National Assembly would pass the Pension Reform Bill 2013 soon which he added that will enable the Commission work more effectively.

House Committee’s Deputy Chairman on Pensions, Mr. Samson Okwu, lauded the Commission for the initiative to opening zonal offices in the country thereby bringing its activities closer to people.

He also assured the pension industry that the National Assembly would make laws that would empower the Commission to make workers’ retirement pleasant.

Speaking on behalf of the industry players, President of the Pension Operators Association of Nigeria (PenOp), Misbahu Yola, pledged the operators’ continued subscription to the rules and regulations of the pension industry, urged the states to embrace the Scheme as this would give them the opportunity to access pension funds for infrastructural developments.