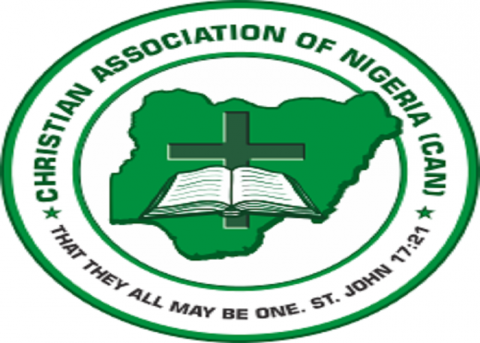 BALTIMORE, MD (AFRICAN EXAMINER) – With about one month to the Presidential election of the Christian Association of Nigeria (CAN), a group Christians under the aegis of Patriotic Christian Youths of Nigeria (PCYN), on Sunday raised fears that some persons with questionable characters who were allegedly sponsoring a particular candidate that is close to the Presidency.

Should they succeed, the organisation said the characters with dubious pasts, could hijack the electoral process in CAN.

The organisation therefore accused the Presidency and All Progressives Congress (APC) of plotting to install its stooge with a view to paving way for the emasculation of Christians and turn the country to an Islamic state.

To perfect its plan, the PCYN claimed that the Presidency has allegedly recruited some fifth columnists to cause division among Christians with a view to scuttling the electoral process.

The President of PCYN, Evangelist Simon Timothy Nasso, raised the alarm in a statement issued in Abuja, after the 2016 CAN Electoral College primary election in which Dr. Samson Ayokunle, Head of Baptist Churches in Nigeria, emerged candidate of the Christian Council of Nigeria (CCN).

But the Special Adviser to the President (Media and Communications), Mr. Femi Adesina, had dismissed the allegation when a similar issue was raised on February 22 this year by the National Coordinator of Christ Redeemers Union, Dr. Ebenezer Olusola Abednego, when he argued that “President Muhammadu Buhari does not interfere in the internal affairs of any organisation.”

However, a press statement issued by Evangelist Simon Timothy Nasso, on behalf of PCYN reads:

“The Patriotic Christian Youth of Nigeria writes to acknowledge and reaffirm their commitment and submission to the supremacy of God over the affairs of men especially in regard to the ongoing processes leading to the election of the National President of the Christian Association of Nigeria (CAN).

“We appreciate the CAN leadership for their firm stands to ensure that the agents of manipulation did not succeed in imposing a candidate for the office of the President during the primary selection at the Electoral College.

“The CAN 2016 Electoral College did their best to produce candidates for the Presidential election despite fifth columnists among them and their attempt to hold the body to ransom on the account of not getting a particular candidate included before the primary.

We wish to congratulate Rev. Dr Samson Ayokunle, the Head of Baptist Churches in Nigeria for emerging the winner at the primaries followed by Prof. Otubo of the Organisation of African Instituted Churches (OAIC). God will surely give them wisdom to lead His church in Nigeria as the final process of the election is been awaited.

“We also want to thank respected Christian leaders, Nigerians and security agencies who refused to be used to create crises and division among the church in Nigeria.

“We also want to thank respected Christian leaders, Nigerians and security agencies who refused to be used to create crises and division among the church in Nigeria.

“You will recall that since the commencement of the election process, we had raised alarm to the fact that a particular candidate is been sponsored by the Government through the influence of the office of the Secretary to the Government of the Federation. Though there were denial initially but the candidate as you would have witnessed in their last press address, acknowledged the fact that the SGF being a member of ECWA church has every reason to use his office and influence to project and sponsor the particular candidate.

“We all know that God is God and He will not share His glory with any man hence the disappointment of the Government sponsored candidate for not making it to be the TEKAN/ECWA Bloc candidate not to even consider his choice or otherwise inthe last primaries at the CAN Electoral College.

“There were pressures both from the public and the Electoral College on CAN leadership to give TEKAN/ECWA time to resolve her differences. Twice such opportunities were given and twice the bloc could not resolve her differences after several meetings which were punctuated by attacks from thugs. Then the bloc leader helplessly wrote to tell CAN that consensus could not be reached and there is no sign that such consensus can be reached before the expiration of the tenure of the present leaders. CAN acts on same by directing the Electoral College to do the needful. Yet some selfish and compromisers want the election to be suspendeduntil their preferred candidate is nominated.

“The CAN Constitution is very explicit about the nature of the candidature for the office of the President. Article 14(d) (ii) say; “Four or five candidates as the case may be shall be presented to the Electoral College, one from each constituentgroup of CAN. Two of the candidates who obtained the highest number of votes from the voting of the Electoral College shall be deemed nominated.” Anybody deceiving the public that beside the vested Government interest, there is any law in CAN that gives rights to Gado’s candidature is wrong.

“It is so strange to note the level of political manipulations and attempt to forcefullyimpose a candidate before and during the selection process at the TEKAN/ECWAbloc level. We have observed strangely too the trend of events that accompanied the desperation in search for Rev.Dr Gado’s nomination. The following events are critical to us and we wonder if they were mere coincident or orchestrated for the purpose of achieving the ill motivated goals of Dr Gado and his sponsors:”