Senate Summons Sagay Over comments On Protest Against Magu 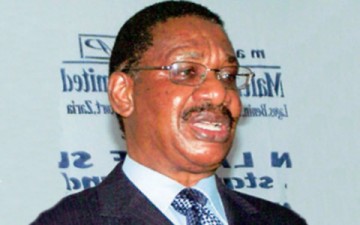 ABUJA, NIGERIA (AFRICAN EXAMINER) – Following his reaction to its protest against Mr. Ibrahim Magu still acting as the Chairman of the Economic and Financial Crimes Commission (EFCC), the Senate has summoned the Chairman Presidential Advisory Committee on Anti-corruption, Prof. Itse Sagay to come for explanation over his comments on the upper legislative chamber’s reaction on the raging controversy.

Deputy Leader of the Senate, Bala ibn Na’allah after raising a point of Order, Wednesday at the plenary called the attention of his colleagues to the newspaper report credited to Prof Sagay, after which he moved the motion that the Constitutional Lawyer be invited for explanations.

Prof. Sagay in his reaction Tuesday described the Senators’ action as ”childish and irresponsible”. He also declared that the Senate could not intimidate President Muhammadu Buhari.

He equally stressed that the Senators would regret their action if acted in a way calculated to cause a setback in the anti-corruption war by the Buhari’s administration.