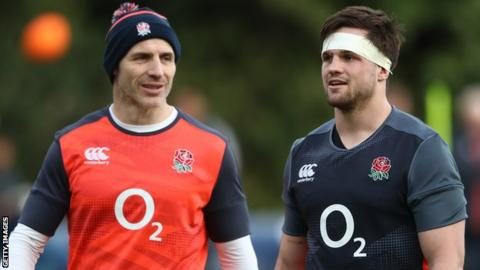 BALTIMORE, MD (AFRICAN EXAMINER) – It is now confirmed that Harlequins’ Jack Clifford will make just his second start for England in one of two changes for Saturday’s Six Nations match with Wales in Cardiff.

Clifford, 23, replaces Tom Wood on the open-side flank while Jack Nowell comes in for Jonny May on the wing, with May and Wood among the replacements.

Clifford is yet to start a Six Nations game but head coach Eddie Jones said he “deserves a starting role”.

Jones added “We’re looking forward to him making an impact in our back-row play’’.

Clifford is part of an inexperienced back row – the Harlequins man, Maro Itoje and Nathan Hughes have 20 caps between them, while Wales’ likely flankers Sam Warburton and Justin Tipuric have 70 and 47 caps respectively.

“He is a hard-working, young player,” Jones restated.

“He has got a good record against Wales, he had a superb game against them in May, he knows what he is going to expect and we’re looking forward to him making an impact in our back-row play.

“Tom Wood will also play his part later in the game off the bench as a finisher.’’ Coach Jones confirmed.