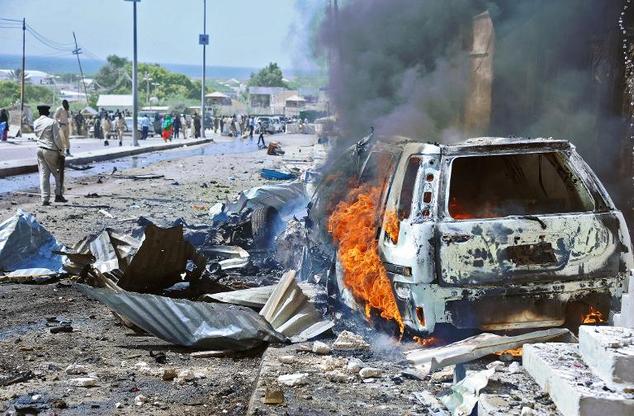 An ex-MP was one of two suicide car bombers who carried out Tuesday’s deadly attacks in Somalia’s capital, Mogadishu, militants have said.

Salah Nuh Ismail, 53, was among those who killed 13 people in the suicide attacks near the city’s main airport, the al-Shabab group said.

Also known as Salah Badbado, he quit the Somali parliament in 2010 after denouncing lawmakers as “infidels”.

The large airport area in Mogadishu is a secure “green zone” for UN operations, the 22,000-strong African Union peace force and foreign embassies.

The militants were forced out of Mogadishu five years ago by African Union (AU) and government troops, but they have continued to carry out bombings in the city.