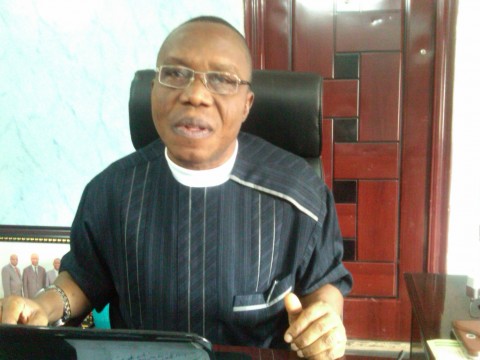 Reacting to media reports of last Friday’s Supreme Court verdict in the appeal he filed over his suspension in 2014 by a fraction of the church removed him from office, Emeka said: “there is no judgment of the Supreme court that removed me as the General Superintendent of the church.”

“The reports being paraded is part of the effort by the traducers to take the church by all means and that is why, as the judgment of the court was being delivered, they were already planting stories and dragging the church property”

“That was not the issue, what we are fighting for is not for me to regain my position.

Given further clarification on the judgment which was struck out by the court, Emeka said he had gone to the apex court to challenge the decision of the Court of Appeal which had earlier nullified the ruling of the Enugu High Court, which in 2014, restored him to office as the General Superintendent of the church.

But, instead of going into the merit of the matter, the Supreme Court had last Friday, struck it out on the ground that “the service of the court process on Okorafor was not properly done in accordance with the order of the High Court; that the procedure adopted in filing the case was not the appropriate procedure”.

“When a case is struck out, they are telling you to go back and re-file, put if properly and normal procedure. We are going back to the High Court.

According to him, the case was not dismissed, the issue of removal of Emeka has not been decided.

“The court has not heard it, when they heard it at the High court, the court gave judgment and the other party appealed not against the decision of the high court, they appealed on ground of procedure that they were not served. “There is no order of court anywhere announcing a new General Superintendent for the church.”

Addressing several heads of the church, who gathered at his residence in Enugu, Emeka, stated that it was wrong for the faction opposed to his leadership of the church to start taking laws into their hands by
“attempting to seize property and claims of legitimacy”.

He stated that the ruling of the apex Court had amounted to the partial culmination of the three years old crisis, stressing that at least it agreed that he had the right to appeal his “kangaroo suspension as well as the unjust gathering where the action was taken without giving him fair hearing”

On the sealing of the national secretariat of the church, he said it was part of the effort by the police to ensure there was no break in law and order, alleging that some members loyal to his opponent had attempted to possess forceful the place. He however, appealed to his members to remain calm; assuring that the matter
would soon be sorted out.

Emeka equally extended peace overtures on the faction led by Okoroafor, stressing that as “it is, I am still the
authentic General Superintendent of the church.”