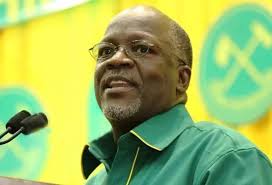 Joyce Ndalichako, the Minister for Education, Science and Technology told the National Assembly in the capital Dodoma that the government would take legal action against the suspended staff for causing a huge loss.

“We are consulting state lawyers to establish possible charges against the culprits,” she said shortly before the National Assembly had approved the education ministry’s budget estimates for the 2018/2019 financial year.

On Monday, Members of Parliament urged the government to overhaul the deteriorating education sector to avoid the east African country from producing “a nation of illiterates”.

The MPs, who were debating budget estimates for the Ministry of Education, Science, Technology and Vocational Training in the

National Assembly, said the quality of the country’s education sector was pathetic.

They said the country’s education sector has been hit by a number of challenges leading to mass failures in public primary and secondary schools. (Xinhua/NAN)