Tanzanian to Use Money Recovered from Corruption to Finance Roads Network 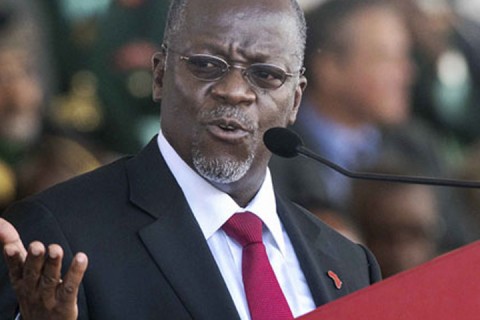 (AFRICAN EXAMINER) – Tanzanian President John Magufuli on Wednesday said that money to be recovered from economic crimes would be used to build nationwide road networks.

Magufuli said this shortly after he had launched a 76.6 km road from Kanazi-Kizi-Kibaoni in Katavi region that cost about 45 million dollars (100.5 billion Tanzanian shillings).

“Money to be refunded by people charged with financial crimes will be used to construct roads that will connect all regions across the country,” Magufuli said.

The president said after connecting the whole country by the road network, it will be easier to connect the country with other neighbouring countries.

“People should be able to travel by road from Uganda to South Africa via Tanzania to do business,” said Magufuli.

On Sept. 22, Magufuli gave seven days to the Director of Public Prosecutions (DPP), Biswalo Mganga, to consider offering forgiveness to remandees charged with economic sabotage or money laundering, who will repent and refund the money that they had laundered.

Mganga added: “These people have agreed to refund the money that they laundered, and we are still receiving more letters from others facing similar charges from upcountry.”

The DPP said the 467 facing various financial crimes have pledged to refund a total amount of about 47 million dollars.

Mganga said some of them have agreed to pay directly while others have requested to pay in installments. /NAN