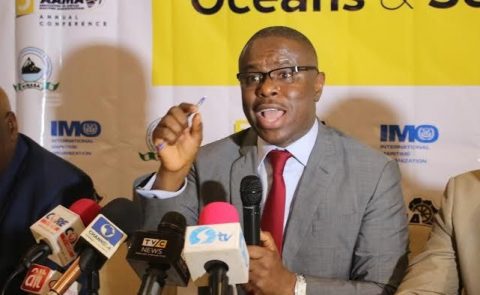 Apart from the aborted 3rd Republic, Rivers State, South South Nigeria from 1999 up till the immediate past administration, led by former President Goodluck Jonathan, has consistently been in the control of the ruling party. But right after the exit of former Governor Chibuike Rotimi Amaechi from the PDP, the political ‘climate’ of the State has changed.

The raging political tussles being instigated by certain political characters in the State with the constricted mindset that ‘Rivers State must remain under the control of the former ruling party, with little regard for public perception, has been making the oil-rich State to be in the news for wrong reasons.

For instance, the 2015 Presidential and Governorship elections are testimonies to the above allusion. Not only this, the bloody National and State Assembly reruns held in December 2016; February 2017 and the recent State’s House of Assembly (just in one constituency) have been a source of worry to many, provoking the question: what type of politics is played by Rivers people?

Dr. Dakuku Peterside, the current Director General of the Nigeria Maritime Administration and Safety Agency NIMASA is an indigene of Rivers State. He is a strong stakeholder in Rivers politics. He, just like many, including non-indigenes of the State is bothered about the chaotic political situation in the State.

Politics to him is an agent of development. He believes that good politics goes with the growth. He is therefore opposed to politicians being overwhelmed by ruthless desire to remain in power and govern people by all means possible.

‘’You cannot separate development from politics; Government has the capacity and means to integrate various aspects, such as security and intelligence agencies’’ Dr. Peterside reasoned, while addressing some Political Editors at a breakfast meeting in Lagos. The APC Governorship candidate in 2015 general elections established that developmental politics impacts positively on the people and society as a whole.

He pointed out that the first reason for the meeting was to express appreciation. The second reason he stated ‘’is about my politics, which is the politics of Rivers state’’. The APC Chieftain expressed concern, that many people did not understand the politics of Rivers State. He was categorical in declaring that ‘’Rivers politics has been given a wrong perception’’

Taking a cue from his experience in NIMASA, Dr. Peterside professed that his meeting with the Editors was meant to share how well marshalled policies could work efficiently in an organization set up. Although, noted that politics was not the primary purpose of the meeting, still, the NIMASA boss highlighted some minuses on the part of the present Rivers State Government.

Summarily, his view is that there is a ‘’mismatch’’ when the huge financial inflow into the State, which include the Internally Generated Revenue IGR; the State’s share of Paris Club debts overpayment refund and others, are compared with the achievements claimed by the incumbent Governor Nyesome Wike. He affirmed that the achievement has been ‘’blown out of proportion’’.

Dr. Peterside gave the account of his stewardship so far in NIMASA. The agency according to him, under the present management works with difference, just like few other Federal MDAs such as JAMB. He related that the agency operates with the guiding principles that promote productivity, transparency and results. The story of NIMASA under his watch was narrated as follows:

NIMASA under the present management reviewed freight rates benchmark for 3 per cent levy billing. The appraisal was done to reflect prevailing realities in shipping, based on the request by operators. The measure has subsequently fostered ‘’harmonious regulator relationship’’. It also led to more patronage. From January to June 2018, a total of 96,626, 737.96 MTs/CBM cargo was recorded, showing 31.24 per cent increase from the cargo throughout of the same period in 2017. The record then stood at 73, 628, 546.62MTs/CBM.

This has improved by 113 per cent, meaning that more vessels are now inspected. Really the emphasis is not money, but laying a good standard. Today, Nigerian is known for not having space any more for substandard vessels. Also, a total of 2,337, representing 58.9 per cent increase have been recorded in the direct recruitment of seafarers who work on board. The agency has also engaged the seafarers in re-training.

NIMASA today generates and now remits incomes in billions. The agency alongside with the JAMB is now rated among the first to five Federal Government FG agencies that record and deliver high income.

The current management of NIMASA has increased the indigenous participation vessels manning ownership building and registration as a result of ‘’zero tolerance on ‘’Granting Manning Waivers’’. Not only this, Electronic software for vessels monitoring and investigation was introduced. Also, increase in Port State and Flag State inspections have significantly reduced sub-standard vessels on Nigerian waters. NIMASA under the new management has also increased the number of cabotage. In relation to this, a total of 2,337 Nigerian seafarers have been placed on board. This represents 58.9 per cent increase in the number of seafarers directly employed. There is also increase in the number of the ‘’wholly Nigerian owned vessels on the Nigerian Cabotage register’’. The half year (2018) result shows that 125 vessels were registered. This represents 33 per cent increase in the same period in the year 2017.

A total of 2,700 seafarers are being re-trained to be licensed for international practice. The four –prong international strategy include: investment on intelligence; investment on strategy; review of the law to punish the law breakers; working with the neighbours and review of collaboration with the Navy, police and other security. Many internal reforms are also ongoing. In order to upgrade its in-house staff, the present management of NIMASA has entered into partnership with the world Maritime University, Malomo Sweden in a four-year renewable MoU – setting out the areas of cooperation between WMU and NIMASA. The agency has also increased the number of its staff being sent outside the country for international training.

Transformation programmes, Certificate of Competency CoC examinations were conducted at the Maritime Academy Nigeria, Oron. In 2017, NIMASA has issued 3,752 certificates to successful seafarers. This represents 149 per cent from the CoCs issued in 2016. In 2017, Port State inspections rose by 10.53 per cent, moving up from 475 in 2016 to 525 in 2017. Similarly, Flag State inspections witnessed upswing from 77 in 2016 up to 98. This represents an increase of 27 per cent. An upsurge is certain by the end of 2018.

The Nigerian Maritime Industry Forecast for 2018 and 2019 is the first of its kind in the sector. It is meant to serve as a compass for local and international stakeholders, willing to do business in the Nigeria maritime domain. It is part of the present NIMASA management to realize a ‘’robust and virile’’ maritime industry in Nigeria.

The management of NIMASA has taken delivery of the multimillion dollar modular Floating dockyard. It is considered the 5th largest, on the African continent. When in operations, it will save Nigeria up till $100m (N36bn) capital flight annually. The facility is to be operated on a Public Private Partnership (PPP) model and it is to be located within the facility of the Nigerian Navy.  The Floating Dockyard is expected to be commissioned in two months’ time by President Muhammadu Buhari. The operations will commence immediately after the launching. With this development, the indigenous ship owners will no more hazard the stress of dry docking their vessels, which is mostly done in the neighboring countries such as Ghana and Cameroun.

(Dr Peterside was elected the President of the Association of African Maritime Administration AAMA at the end of its 3rd annual conference held in April 2017 in Abuja).

The experience is great, yet, tasking. The AAMA headship position proofs that a whole lot of African countries still look up to their formal colonial masters as their development role models. Also, many African nations are still griped by the negative impacts of repressive governments. The language barrier between the Anglophone and Francophone countries is another major challenge in AAMA. Lack of planning is evident and this is another source of setback to the effective administration within the body. Despite the challenges, we have recorded many achievements, notably among them is the establishment of networking – able to make Africa a force to reckon with. Also, we have been able to launch Africa as a united front to demand for a better structure of the global maritime trade. With these feats, it is certain that the west will no longer take the continent for granted.

Yes, I am a ‘’political element’’. But right now, I have not made any declaration. I am still consulting and after the wide consultation, I will make the declaration with respect to my 2019 political ambition.