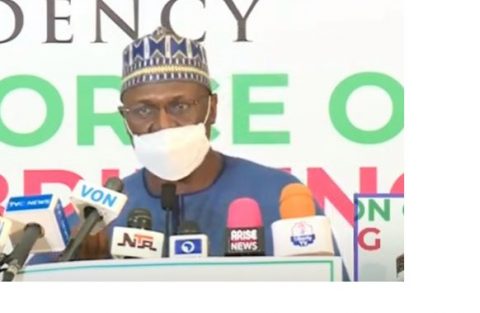 (AFRICAN EXAMINER) – Ahead of the October 31st, 2020, Isi-Uzo state constituency bye election in Enugu state, South- East Nigeria, the opposition All progressive congress APC, has expressed optimism of emerging victorious in the contest, urging the independent National Electoral Commission (INEC), to allow the electorate votes count in the poll.

The party, however, appealed to the people of the constituency to come out and enmass and vote for its candidate, Engr. MacDonald Ejiofor Okwor on that day.

Speaking Saturday at Eha-Amufu,  in Isi-Uzo council area of the state, during the candidate’s official campaign flag off rally, Enugu state chairman of the party, Dr. Ben Nwoye, declared that  APC, was fully ready and prepared for the exercise, restating that the party is going to resist all manner of electoral misconduct and manoeuvering by the ruling People’s Democratic Party (PDP) during the election.

According to him, “God’s willing, and with the support of the electorate of the state constituency, our candidate Engr. MacDonald Ejiofor Okwor, is going to be the next minority leader in the Enugu state House of Assembly.

Dr. Nwoye, stressed that the party does not believe in imposition of candidates, “and that is why Okwor, emerged via a democratic process during the primary, and he is enjoying huge support from all stakeholders. You can see the mammoth crowd here today. This speaks volume of the kind of character our flag bearer for the forthcoming election is.

The rally which attracted a huge crowd and was attended by APC chieftains from various segments of the state, was packaged by the Adolphus Udeh, led contact and mobilization Committee of the party in the state.

Our correspondent who was at the event, reports that irrespective of party affiliation, the  APC, had during the exercise observed a minute silence in honour of Mr. Chijioke Ugwueze, the late member that was representing the constituency before his sudden demise.

It would be recalled the  APC, had on Saturday, 5th, October, 2020, during its primary election held at Ikem  Uno Community primary school, in Isi Uzo Council area off the state elected Engr. Macdonald Okwor, as its consensus candidate for the October poll, via affirmation of voice votes.

Addressing the mammoth crowd, the elated candidate, Engr. Okwor, said he would always initiate human oriented bills in the state House of Assembly if given the mandate to serve.

He announced that any political ward in the area that delivers him and the party during the election will smile home with a Siena car gift as a way of encouragement.

Okwor, added that APC will do everything within the ambits of the electoral laws to make sure that vote of the electorate counts during the poll. saying “am very confident and hopeful that with God on my side, we shall sing victory songs come October 31st, 2020.