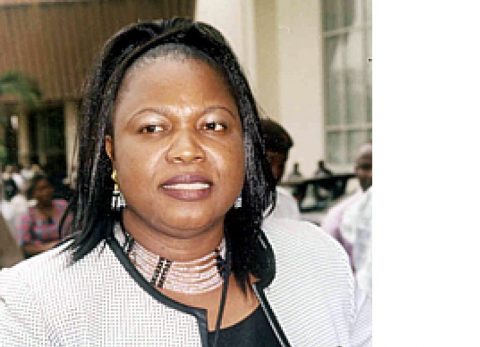 …Wants Judiciary, Citizens To Rise Up

A social crusader and Dean, faculty of law University of Nigeria Nsukka (UNN) Prof. (Mrs) Joy  Ezeilo, has expressed worry of alarming rate of human rights abuses in Nigeria, saying that Justice and Equity are under attack in country.

She stated this while delivering the 144th inaugural lecture of the 58 years old institution at the Enugu Campus (UNEC) of the premier university.

Ezeilo, however, advised citizens of Nigeria especially the judiciary to rise up and save the nation from total anarchy.

In the lecture entitle: “Are We Born Free And Equal? Law Justice And Human Rights In Nigeria” she stressed that the tripartite phenomenon of Law, Justice and Human Rights only exists in the constitution and other legal documents, but not in application to the benefits of ordinary Nigerian.

“Discrimination and Injustice have persisted in Nigeria despite all the treaties, and laws enshrine nationally and globally” she posited.

According to the law professor, the concept of justice is rooted in human rights, and law justice which  is the core ingredients of democracy survival, and development of individual and nation states, yet it is treated with levity in Nigeria.

“Undoubtedly, human rights is under attack in Nigeria and the notion that we are born free and equal is now an illusion in the face of multiple barriers and roadblocks.

Ezeilo, who is also the Founding Director of Women Aid Collective (WACOL) an NGO based in Nigeria and Tamar Sexual Assault Referral Center(Tamar SARC) a treatment and Support center for victims of Rape affirmed that there  exist a wide gap between a written Law and a law in Action.

“The poor in search of justice also suffer because of their social economic status, persons with disability are equally discriminated against.

She noted that “women and girls have continued to suffer systemic discrimination because of their sex and gender, sexual and gender based violence such as rape, sexual abuse, sexual harassment and intimidation at work, educational institutions and elsewhere, trafficking in women for forced prostitution and domestic labour; spousal battery and acid attack is pervasive”.

The University Don, pointed out that other harmful traditional practices against women such as denial of inheritance of women and girls, harmful widowhood rites, early/forced child betrothal and marriage have continued unabated.

She regretted that Justice has been reserved for the highest bidder , “a situation, which left the common person, in  hopeless abandonment, adding that it is the duty of all Nigerians to protect each other irrespective of social economic status.

The Dean, further equally frowned at the continues practice of Osu Cast System The Osu Cast System which stops the “outcast” from enjoying things such as freedom, marriages, lands, chieftaincy tittles and succession to the kingship etc because they are restricted in Eastern Nigeria.

“Osu Cast system is still in full practice in Nigeria despite the law of Eastern Nigeria abolishing the Cast System in 1954 and the constitutional provision of Sec. 42 (2), to the effect that No citizen of Nigeria shall be subjected to any form of disability or deprivation merely by reason of the circumstances of his birth” she  noted.

“Ultimately, the conclusion is the sacred and unshakable duty is foisted upon all of us to demand, in solidarity with one another, accountability, for failing in the respecting, protecting and fulfilling the human rights of all.

“The complexity of our lives experiences have exposed how in one breath we can condemn discriminations as a violation of human rights but in another breath condone or accept it when it involves the other persons, or groups considered to be different from us.

“Thus, sense of justice is impaired by one’s standpoint; and violations of rights could be justified on cultural and religious particularities by both state and non-state actors” she stated.