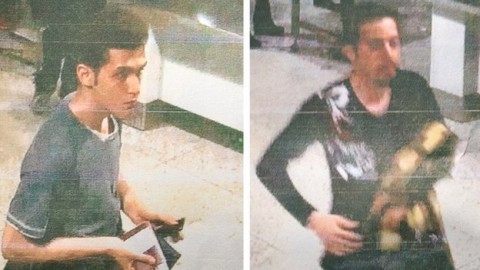 (BBC) Two men travelling on stolen passports on board a missing Malaysian airliner were Iranians with no apparent links to terror groups, officials say. 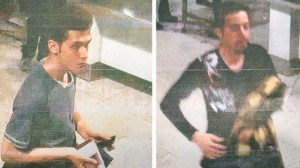 Malaysian police named one as Pouria Nour Mohammad Mehrdad, 18, and said he was probably migrating to Germany.

Interpol identified the other as Delavar Seyed Mohammadreza, 29.

Malaysia Airlines Flight MH370 from Kuala Lumpur to Beijing went missing on Saturday, after taking off with 239 on board. The search has been widened.

Experts have said the presence of two people with stolen passports on a plane was a breach of security, but is relatively common in a region regarded as a hub for illegal migration.

Malaysia’s police chief Inspector Gen Khalid Abu Bakar said the younger Iranian was “not likely to be a member of a terrorist group”, adding that the authorities were in contact with his mother in Germany, who had been expecting her son to arrive in Frankfurt.

He said the two had travelled from Doha on their Iranian passports, and used stolen Italian and Austrian passports to board the Malaysia Airlines flight.

The authorities’ statement supports an account given to the BBC by a young Iranian in Kuala Lumpur who says he was a school-friend of one of the men who boarded the airliner using stolen documents.

He says the friend and another Iranian stayed with him before taking the Malaysia Airlines flight, and that they had hoped to settle in Europe.

Reports from Thailand suggest that the tickets of the two men, routing them to Amsterdam via Beijing, had been bought through a Thai travel agent and an Iranian middleman.

Officials say they still have no idea what went wrong with the aircraft.

None of the debris and oil slicks spotted in the water so far have proved to be linked to the disappearance.

Four areas of investigation were focused on the possibility of human agency, the police chief said: hijacking, sabotage, psychological problems or personal problems with passengers or crew.

Two-thirds of the passengers were Chinese. Others were from various Asian countries, North America or Europe.

Relatives have expressed frustration at the lack of information about the plane’s fate.

At least 40 ships and 34 aircraft are taking part in the search in the seas off Vietnam and Malaysia.

Civil aviation chief Azharuddin Abdul Rahman said on Tuesday that the search was being conducted “on both sides” of the peninsula.

The area has been expanded from 50 nautical miles from where the plane had disappeared – over waters between Malaysia and Vietnam – to 100 nautical miles (115 miles; 185km).

Malaysian Airlines said it was considering the possibility that the aircraft had tried to turn back to an airport at Subang, near Kuala Lumpur, leaving its flight path.