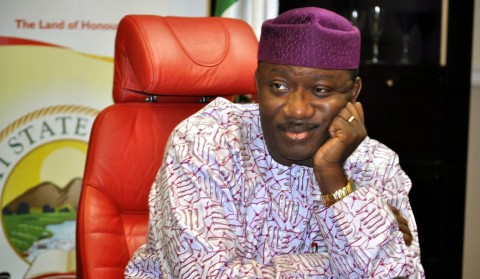 (AFRICAN EXAMINER) – The organised labour in Ekiti state, said that there was no going back on its planned commencement of a three-day warning strike from August 3.

The strike, according to the Nigerian Labour Congress, Trade Union Congress and the Joint Negotiating Council (JNC), is to compel the state government to pay the outstanding salaries, allowances and pension arrears of their members.

They, therefore, directed workers across the state to proceed on the warning strike, after which, they said, a full-blown strike would follow, if the government failed to accede to their demands.

The directive was made known via a statement jointly signed by the Chairmen of NLC, TUC and JNC, Kolapo Olatunde, Sola Adigun and Kayode Fatomiluyi respectively, and made available to the News Agency of Nigeria in Ado Ekiti.

Their demands also included unresolved issues surrounding unpaid benefits and non-implementation of the N30,000 minimum wage across board.

Others are non-payment of leave bonus from 2015 till date as well as the arrears of promotions for workers at all levels.

“This warning strike, called by the organised labour in Ekiti, will commence on the midnight of August 3.

“There is no commitment to all the outstanding deductions, such as cooperative money, loan repayment to banks, housing fund and others.

“Our demands also include five years leave bonuses, hazard allowances of COVID-19 to health workers, salary arrears and deductions, all yet to be paid.

“Based on the above, the strike will commence from 12 midnight of August 3, except government attends to our demands.

“We warn that no worker should go to work or listen to any directive from any quarters, except from the leadership of the organised labour,” the statement said.

Gov. Fayemi, had in the early days of his second tenure, promised the state workers of defraying the arrears owed them by the previous administration, totalling N57 billion within one year of his assumption of office.

Labour, however, claimed that the promise had remained unfulfilled by government, hence the current face-off between the two parties.