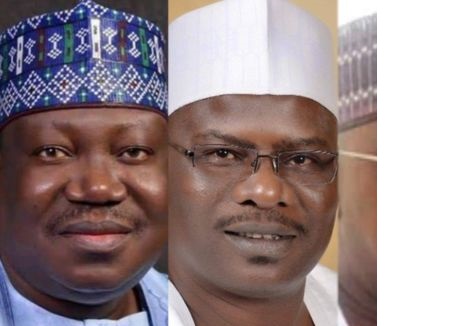 (AFRICAN EXAMINER) – Ahead of its June 11 inauguration, there has been so much noise about the mode of electing presiding officers of the 9th National Assembly. Some stakeholders canvass adoption of the secret ballot system while some others favour open ballot. Both have given reasons for their respective stance.

Secret ballot advocates want confidentiality so that members can freely cast their votes without fear of victimization by the superintending machinery of the governing All Progressives Congress (APC). Those pushing for open ballot want a restraining process that could be used to rein in members of the governing party to vote for its endorsed candidates.

Open ballot puts members-elect under intense pressure. It can influence the election in favour of the governing party’s preferred choices, excepting where members or some members decide to dare the party and damn the consequences. Conversely, secret ballot gives members the leeway to engage in real ‘monkey business’.

For the APC, the fear of ‘monkey business,’ now, is the beginning of wisdom. Having been once beaten in the 2015 National Assembly leadership election when Bukola Saraki and Yakubu Dogara upstaged its anointed candidates – Ahmad Lawan and Femi Gbajabiamila – for the positions of Senate President and Speaker of the House of Representatives respectively, circumspection becomes imperative.

Interestingly, the APC’s anointed candidates that were defeated in 2015 are the same candidates being promoted by the party to lead the National Assembly in 2019. The question is: what has changed between then and now to avert a repeat of the 2015 debacle?  It is possible that a whole lot has changed. But the attitude of the party leadership suggests otherwise. The party leadership and the anointed candidates do not appear surefooted; otherwise, the mode of election should not have mattered, especially where the standing orders of the Federal Legislature are unambiguous on the voting mode.

The method of clothing leaderships at all levels of government with authority or legitimacy should not have been problematic had the quest for power been motivated by altruism. Selflessness is not an exemplar in the government and governance architecture of our nation. Institutions and processes are always circumvented to satisfy predetermined narrow ends.

The agitation for the circumvention of the extant standing orders of the National Assembly, which provides secret ballot as the mode of electing presiding officers, speaks to the much fundamental malaise afflicting our body-politic: the proclivity to violating rules and regulations and the impunity of scoffing the ramifications of the breach.

The system is sadly subordinated to individuals’ whims or caprices.  Pretenders to leadership positions egregiously operate the system in service of their selfish agenda. Otherwise, I ask once more: why, indeed, would some individuals advocate the adoption of open ballot when the standing orders of both the Senate and the House of Representatives clearly provide for secret ballot?

The fault is in political elite’s mind-set of deliberately placing personal interest over collective, national interest. Political leadership and power elite have always manipulated the system in desperate and selfish bids to appropriate authority and commonwealth in furtherance of personal gains. This is not solely APC’s problem. Regardless, it is buckling under the weighty pressure of its avowed determination to deliver the individuals to whom it had micro-zoned the leadership of the 9th National Assembly, perhaps preparatory to 2023 presidential politics.

For a party that controls the majority in the Federal Legislature, APC’s gravitas and magisterial élan are on the line. Ordinarily, it should have its way. But the acts of politicians and their desperate quest for power and positions are somewhat shrouded in political statements that are, at best, apocryphal.  I believe stakeholders should not resort to circumvention of the rules in a bid to push through interests and endorsements.

The document, tagged: Senate Standing Orders 2015 as amended, comprises the extant rules regulating the workings of the Senate.  It provides for secret ballot and it has yet to be amended.  And as long as it has not been amended, it remains the document that will guide the incumbent CNA, Mohammed Ataba Sani-Omolori, in the inauguration of the 9th National Assembly.

The crux of the procedures is that nomination of senators-elect for election as presiding officers shall be addressed to the CNA. Significantly, the rule mandates the CNA to take charge and, specifically, in Order 3(3)(9e) to proceed in this direction, to wit: “when two or more senators-elect are nominated and seconded as Senate President, the election shall be conducted as follows: (i) by electronic voting; or (ii) voting by secret ballot which shall  be conducted by the Clerks-at-the Table using the list of the Senators-elect of the Senate, who shall each be given a ballot paper to cast his vote, with the proposers and seconder as Teller.”  The same mode applies in the House of Representatives.

Ostensibly, the APC leadership, acting in concert with the presidency, is ill-at-ease with the secret ballot mode. It would have loved to see members-elect of the party that will dare to vote against its positions on the floors of the two chambers. But for a member of the 7th National Assembly, Senator Yisa Braimoh, who represented Edo North on the platform of the Peoples Democratic Party (PDP), open ballot should be adopted.

That was the mode that was adopted on June 5, 2007 in the election that pitted David Mark and George Akume against each other. That was the first and only time open ballot would be adopted in the Fourth Republic Senate leadership election. Both Mark and Akume belonged to the ruling PDP. The standing rule was not specific on the election mode. The party, under Ahmadu Ali, had informed members-elect that Mark was its candidate for senate president and Mulikat Adeola was its candidate for Speaker.  Although Mark won in the Senate and Adeola lost to Aminu Tambuwwal who dared to challenge the party’s decision, Mark’s victory did not go without a strong challenge on the Senate floor.

Incidentally, Braimoh was one of the senators who voted for Akume in the open ballot that was adopted, a move that indicated their independent-mindedness and courage to differ with the party. He and other senators who voted for Akume, however, received raw deals from the Mark leadership in appointments into standing and ad-hoc committees. In retrospect, Braimoh believes he took the right decision. He believes open ballot will help to strengthen democracy and independence of the three arms of government.

According to him, “that is why I remain of the firm belief that the open ballot system, if adopted, now or permanently, will guarantee the genuine wish of Senators-elects (and members-elect) for the emergence of the senate leadership. Secret ballot safeguards hypocrisy, disloyalty and pretence.”  As appealing as his position maybe, the fact remains that the standing orders of both chambers have yet to be amended and the CNA, who is a lawyer, will be guided by the rules of both chambers on the mode of election contained therein: secret ballot. Until the rules are amended, the agitation for open ballot remains futile.