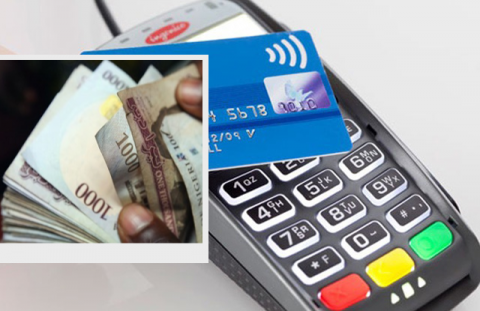 (AFRICAN EXAMINER) – Apart from its deadly danger to human’s life, COVID-19 has wrecked sorrow and agony on many families in Nigeria as criminals, hoodlums are reportedly using the Point of Sale (POS) machine during robbery to steal victims money amidst government’s lockdown policy to curb the spread of the coronavirus.

Recall that part of the critical measure taken so far against COVID-19 by the government is the lockdown/stay-at-home order. The directive as it were, is partial in other states of the federation, but Lagos and the Federal Capital Territory (FCT), Abuja, both of which have recorded the highest number of confirmed cases.

Barely a week after the first two weeks of lockdown order was announced, suspected hoodlums launched a daring attack on residents of Ogun and Lagos state. Ravaging under maddening names such as Awawa and One Million Boys, among many others, the miscreants have over two weeks been on rampage – operating both in the broad daylight and at night, attacking and dispossessing residents of their money, phones and other valuables.

The hoodlums have surprisingly advanced, especially with respect to instruments they deploy in their dreadful operations. In their recent obnoxious act, which were frequent in communities such as: Ilogbo; Ilepa; Onihale; Arigbajo, Agbado Crossing and Ijoko (Ogun State), Agbado; Iju; Idimu in (Lagos State), the hoodlums deploy, in addition to dangerous weapons,  POS as operational tool.

In some of the latest attacks, the armed robbers, after collecting phones from their victims, also demand for Automated Teller Machine (ATM) cards, ask for the pins at gun point and insert the cards in the POS to confirm the pin, after, transfer money from the victims’ accounts to their accounts.

The experience is awful and disturbing, even as Nigerian government, banks, police have failed to stem the tide. For instance, a victim, Adeleke Adesola, alleged that upon forcing their way into his home, the robbers after collecting his phone, mandated him to sur­render his three ATM cards and their pin numbers at gunpoint.

Another victim was Olumide Abimbola. He and his wife at the end of the operation, lost up to N40,000 to the gangsters. The victim alleged that apart from the N10,000 cash they collected from him, the robbers also used his phone to transfer another N10,000 ‘recharge card’ from one of his bank accounts to another phone number.

AFRICAN EXAMINER sought the responses of DPOs of Meiran and Ijaiye/Ojokoro stations, in Agbado area of Lagos state. They refused to reply to the questions put to them on confirmation of the attacks and steps taken so far to curb the menace.

The horrible incident has somehow vindicated few of the Nigerian professionals and business owners, who for the fear of mischief by fraudsters, hackers and intruders have refused to fully embrace the government’s cashless policy.

Although, some of them admit that sometimes, they suffer the consequences of their action, still, they maintain that it is better for them to remain analogue, rather than being exposed to high risk and become victims of large scale scams.

Speaking with the AFRICAN EXAMINER, a senior banker simply identified herself as Esther, confessed that despite working for over five years in the banking sector, she does not have ATM card. When asked, she replied it was due to many frauds that are associated with its usage. She sounded shocking when she insisted that it would take some time before she fully complies with the cashless economy policy.

Esther’s position is validated by an experience narrated by a parent, Mr. Gbenga Ogunyemi. The stunned father told AFRICAN EXAMINER that his daughter opened a student’s account last year when about to be admitted to University. He regretted that the sum of N50,000 was illegally withdrawn from his daughter’s account.

He said the most shocking aspect of the saga was that the incident happened when his daughter made withdrawal through a roadside POS vendor. He added that his daughter kept receiving calls from the suspected hackers and hoodlums, even after the telephone number she used in her bank account mandate was changed. This triggered the suspicion that the suspected syndicate may have link in the bank’s customers’ care or ICT unit.

Mr. Yomi Ayantayo is a CEO of a printing firm in Lagos State. Despite his many years – of living in US, he declared to AFRICAN EXAMINER that internet banking may look more proficient and effective at this age, still, he stressed that his company’s account would not be exposed to the risks of e-banking. He explained that it was just of recent due to some exigency reasons he activated his personal account to accommodate sundry cash transfer.

Speaking on the rise in POS robbery in the country, the Chairman, Presidential Advi­sory Committee Against Cor­ruption (PACAC) Prof. Itse Sagay (SAN) posited that banks should be held responsible, if robbers could go about, dis­possessing people of their hard-earned money through the use of POS terminals.

While noting that the electronic banking has become an Achilles heel, he inferred that the same banks will have some responsibilities for the criminal act, in the sense that there has to be some qualifications for which such transfers are made.

Mr. Kamal Ayinde Bayewu, a fellow of the Char­tered Institute of Bankers of Nigeria also submitted that a bank could be held liable for the usage of POS by robbers, if such bank failed to do Know Your Customer (KYC) exercise properly be­fore issuing out the machine to customers.

Speaking about tracking, Bayewu asserted that anyone who perpetrated such criminal acts could be traced by secu­rity agents based on informa­tion provided by the clients who were issued the POS.

Another senior Legal Luminary, Mr. Adeniyi Akintola (SAN), on his own contended that the use of POS to rob is one of the disadvan­tages of internet banking, which has discouraged many Nigerians from embrac­ing the cashless policy of the Federal Government.

He reasoned that robbery through POS is one of the drawbacks of technol­ogy and due to this reason; there was a large number of Nigerians who have refused to key into internet banking.

He corroborated his position by revealing, many Nigerians who are into internet bank­ing are the elite, but the ordinary man on the street doesn’t believe in the ATM or POS thing.

In all, there may not be better evidence to prove that the banks and their staff might be the first suspects in challenges relating to electronic banking. It may be either due to negligence on the part of innocent staff or mischief of some black sheep within. Specifically, the foiled armed robbery bank operation incident that happened in February this year, in FCT Abuja was clear proof. After the investigation, an insider – a banker was found to have involved and led the armed robbers to the bank premises for the operation.

If we must put a stop to the disturbing and ugly trend such as this, the Central Bank of Nigeria (CBN) must attach very stringent conditions to application and issuance of the POS and other internet or electronic banking devices.  Not only this, the CBN and telecommunication regulatory bodies should take further steps in documenting the tracking IDs of all the applicants of the e-banking instruments, for identifying and tracing the bad eggs.

It’s important too that the government, must implement the existing laws against these POS criminals and hoodlums, battle them and their frolics, so that more Nigerians can have confidence in the cashless policy.