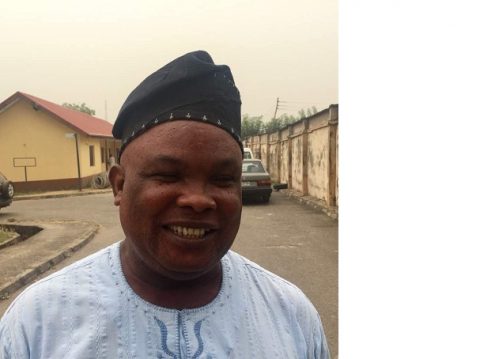 (AFRICAN EXAMINER) – The Appropriation Bill presented and submitted by the Governor of Ondo State, Arakunrin Oluwarotimi Akeredolu to the state House of Assembly for scrutiny and approval for 2018 fiscal year deserves a critical review in order to avail the public, especially investors and critics of the budget the opportunity to know the salient features as well as the short and long term benefits that abound in the Appropriation Bill.  This would also enable them take advantage of such benefits in the overall development of the state.

The analysis is equally important to address some misrepresentations in some quarters that the budget is bogus and ambitious in nature. This is in spite of the governor’s claim that the budget “represents a proximate reflection of the collective aspirations of the people, having consulted widely with a view to incorporating the input of all stakeholders.”  Some of the provisions of the Bill are indicative of light at the end of the tunnel.

For instance, the budget is among others targeting the youths who form the larger percentage of the state’s productive force. The governor is understandably piqued by the reported involvement of these able bodied young men and women in nefarious activities in their bid to make ends meet.  Therefore, he has provided in the budget for massive empowerment programmes that would redirect the psyche and energy of this group, which usually drives the economy of developed nations for a safe future, to productive ventures.

A critical look at the programmes outlined in the budget confirmed that the governor is actually set “to build a virile economy through Agriculture, Solid Minerals, Trade and Tourism, Commerce and Industry” as stated in his presentation.

The synopsis of the agricultural programmes already put in place, which every unemployed or underemployed youth in the state should position her/him to key into, include “the plantation of gmelina tree on 10,000 hectares of land at Omotosho in Okitipupa Local Government Area of Ondo State in partnership with Wee-wood Limited.”  This is expected to generate 10,000 jobs for the unemployed youths across the State.  In each of the 18 local government areas in the state, 100 hectares of land have been set aside for agricultural purposes in addition to the 100 hectares already made available for FADAMA III project.

A new approach is given to improving cocoa production across the entire Cocoa Value Chain on a sustainable basis as “the establishment of a 2000-hectare Model Cocoa Farm which is capable of engaging another 500 youths has commenced.” Besides, a chocolate industry has been established, that would not only generate mass employment for the people of the state, but would also make use of the vast cocoa produce in the state for its raw materials. The Sunshine Chocolate Factory is located at Alade-Idanre, a town with the largest production of cocoa bean in the country.

It is laudable to see the All Progressives Congress -led government focusing on human capacity development, as teaching the youth agropreneurs would improve their efficiency as well as serve as an eye-opener to the fact that great opportunities abound in the agricultural sector.  The programme tagged “Youth on the Ridges’’, which will see to the training and empowering of eighteen thousand youths, at one thousand youths per Local Government, after a farming season would tempt more youths to storm the agricultural sector as the first set of youths would have recorded unexpected success.

By implication, the governor is creating young millionaires in the state by ordering their footsteps towards the way of American farmers who are known millionaires. Giving a cursory summation of the projected job vacancies to be occupied by youths in the state, no fewer than 50,000 persons would be mopped up from the labour market as soon as the projects commence.

It is a welcome development that the administration is tackling the economic challenges headlong from all fronts, exploring all available avenues as the governor vowed that in spite of all these initiatives, “we shall continue to sustain our partnership with the Federal Ministry of Agriculture and Rural Development (FMARD), the Development Agenda for Western Nigeria (DAWN) and other stakeholders towards realising the overall objective of enhanced cocoa production, alternative income and employment generation to the State.

Some of the steps so far taken by the governor in repositioning the economy of Ondo State are result-oriented, especially when one considers some Memoranda of Understanding (MoUs) signed with several companies both local and foreign. The magnitude of funds attracted and injected into the state economy confirms that prospects abound in the 2018 budget.

Akeredolu revealed that “we have signed a Memorandum of Understanding (MoU) with Greenfield Incorporated, in conjunction with a Dutch technical partner from Germany, to establish a N42 billion poultry industry -Greenfield Commercial Scale Integrated Poultry – with powdered egg production line, at Emure in Owo Local Government.” Besides the 1,200 direct employments expected initially, the project “on completion will not only produce eggs for the teeming populace but will also in turn earn revenue to the State when the powdered eggs produced eventually hit the foreign market.”

No doubt, the spiral effects of the products of this company, the first of its kind in the country, would invariably attract to the state another set of industries that rely on the products as raw materials for survival besides foreign exchange earnings. These new industries would not only provide more job opportunities but also shore up the Internally Generated Revenue (IGR) of the state.  As the independent revenue improves, the development of the state would pick up tremendously.

Another economic move made by the governor is the MoU signed with the Nigerian National Petroleum Corporation (NNPC) for the establishment of a $150 million US Dollar Cassava-to-Ethanol Project at Okeluse in Ose Local Government area of the state.  Another set of youths should prepare to be positioned to occupy the 2,500 direct employments this Cassava-to-Ethanol project is expected to provide.

Likewise, collaboration by the state government with Cocaset Nigeria Ltd, would bring about establishment of 1,100 hectares integrated sugarcane value chain project at Ikaro-omo village in Ose Local Government Area where another set of indigenes would grab 1,500 direct employments. The industry is expected to “process 500 tons of sugarcane and produce 50 tons of sugar and 10,000 litres of ethanol daily.”

Every unemployed individual in the state should stand by to get fixed as the opportunities begin to open, because in addition to the above investments, the state government is “collaborating with Adventium Global Development Ltd, for the establishment of a N15.050 Billion Agricultural Development and Food Processing Project at Akunnu, in Akoko North East Local Government Area, in order to turn Ondo State into a major agricultural and food processing hub in the South-West Nigeria.”

A critical analysis of the infrastructure facilities proposed for the fiscal year revealed how meticulously the Appropriation Bill was drafted.  Roads leading to farmsteads are to be opened up through over N3 billion worth of MoU the administration is signing with the World Bank which would make it easy for farmers to transport their farm produce to the cities and towns. This, as projected, would in turn shore up the per capita income of the state.

Besides, all the important rural roads penciled down for rehabilitation and reconstruction, some major township and inter township roads would be expanded and dualised.  Considering the impacts these roads would have on the socio-economic nerves of the state, this Budget would remain a giant stride in the history of the state.

There is no point over-emphasising the magnitude of benefits the proposed construction of dual carriageway (A’ Division-Hospital Road-Olukayode Roundabout-Ijoka Road -Oke-Obere,) would attract.  Leaving out the easing of traffic snarl on Ijoka Road in the state capital, Akure, particularly during peak periods, the axis would be opened up for development in terms of reducing housing deficit as many would move there to develop their parcels of land. The time people spend on the road while going about their businesses would reduce.

So fascinating is the proposed construction of Oke-Obere, Ijoka in Akure to the ancient town of Idanre which has just one link road that serves as the entry and exit in spite of its importance as a tourists’ destination..

The construction of a fly-over (Interchange Bridge) at Ore Junction and reconstruction of the Iwaro-Oke-Oka-Epinmi-Isua Junction Road as included in the Appropriation Bill is apt as this would bring to a stop the incessant loss of life on these dangerous junctions.

Dual carriageway of Akure – Iju-Ita-Ogbolu to Ondo/Ekiti State Boundary would discourage drift to urban centres and open up Iju-Itaogbolu town as many workers and businessmen and women could reside in some of the towns and villages along the highway and come to cities for transactions on daily basis.

It is common knowledge that governments and private organizations operations are nowadays driven by ICT for efficiency and accuracy.  It also to some extent checks corruption. The Arakunrin Oluwarotimi Akeredolu-led administration revealed how focused and determined it is in moving with the trends of modern ways of running government and doing  business as it has begun the implementation of the State Integrated Management Information System (SIFMIS) project with 13 pilot MDAs in the State while efforts are ongoing to cover other MDAs.  These reforms, according to him, would, among other things, improve the revenue generation, allocation, utilisation and financial reporting of public financial resources using automated and integrated systems.

However, the proposal for the education sector isn’t bogus and is realisable. Rather than building new structures, attention is paid more to rehabilitation of all existing structures to create conducive learning environment.   The political will to do this was expressed in the steps taken so far to access some UBEC funds for the purpose of intervention in primary schools.  Read the governor: “Within the limit of budgetary constraints, over N7 billion will be committed to renovation of primary schools in the State in 2018.  In addition, 18 secondary schools, six in each senatorial district, will be renovated in 2018.  Aside from this, six other secondary schools, two in each senatorial district, will be completely overhauled in the next fiscal year.”

Above all, the contents of the Appropriation Bill covered all the three senatorial districts in the state, giving everyone a sense of belonging.  However, it has sadly become a tradition in Ondo State for annual fiscal plans to be unjustly attacked by the opposition. In spite of the hope this 2018 budget elicits for rapid improvement in social and economic enhancement, with the expected budget implementation, these perennial critics still described the budget as bogus and too ambitious.

This budget should be seen by all as an expression of a genuine and realisable hope for the people of Ondo State. It is implementable and will be fully implemented.  The APC-led government in Ondo State has heralded a change in policy as a game changer

Steve Otaloro, the Director, Media and Publicity, All Progressives Congress(APC), Ondo State chapter, can be reached at steveoomania@gmail.com