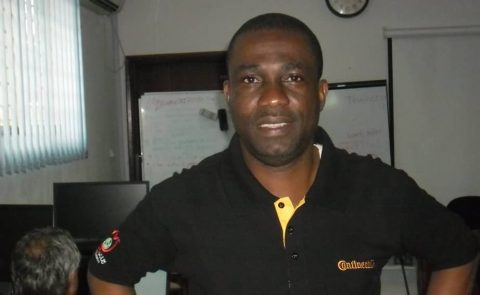 (AFRICAN EXAMINER) – There are millions of images of sick, malnourished children drinking from dirty ponds around Africa that splashes our TV screens and other media on weekly basis. It had often been sentimentalised as possible racial slurs coming from the western media in an attempt to further denigrate the African people.

I lived much of my growing up years in Africa, only emigrated to the United Kingdom in 2013.  From that backdrop I have had personal familiarity with the problems of Africa and the predicament of its people.

And I can say without so much emotional or mental fuss that majority of such disheartening images we see of Africa are true. And that some of them were shot in Africa’ slums and hinterlands. A new Africa is slowly but stridently emerging from those footages.

My experience growing up in the 80’ as a child from a family of middleclass parents who worked in the public service did not totally ‘excuse’ me from the social hazards that was the reality of the public life then. I recall having to trek many kilometres to fetch water when the whole of Aba city was hit by a near-endemic water shortage. Aba was a city in the heartland of eastern Nigeria, home to some 10 Million people, known for their commercial zest and fantastic sense of industry.  It was some sort of social crises when this water problem took a heady turn, and that was in the first four years of the new civilian administration after taking over from the military government that preceded it.

The taps could not run for nearly a year and this brought so much domestic upsets and exposed vulnerable children like me and others to the dangers of child abusers and abductors.

I must concede that 30 years after these episodes of insufferable social malaise, there have been profound improvements on the social conditions of so many Africans especially the city-dwellers, yet there still remains a huge gap in the development and social aspirations of the teeming African people for better social and existential   living conditions.

But here comes a departure, a desire to present a new Africa to the world, the one different from the stereotype of its past, the one I knew and could talk about, a pulsating Africa, throbbing with new life and energy, striving to step away from the  ugly images it conjured in the global spectrum of thoughts and perceptions to one that is present and futuristic-an ambitious yet realistic Africa  that is home to very nice and warm people, real people who love life and want the best out of life.

Many people in Africa have been to good schools around the world and have become better educated. Africans fly planes and many of its gifted people work in well set up and famous organisations around the world. Women are striding along and moving up on the social and professional ladder and have even become political leaders and are doing just great. Women rights are now rightly modelled after the universal ethos of equality and gender inclusiveness.

When I visited some places in South Africa and Tanzania some years back, they had the ‘scent’ and ambience of fast developing cities, same ambitious drive, cosmopolitan attributes as other places in the western world and Europe, crafting by themselves a radically different narrative that characterised Africa as a ‘dark’ place in previous centuries.

Places like Nigeria have found and operated the Nollywood movie industry since the last lap of the last century, now the world third largest, coming behind India and America in terms of capacity, quality, cultural adaptation and relevance in the global context.

And those who have been to Gambia would want to talk warmly of the enduring memories of its tourism flair, abounding natural vitality of its landscapes and the evergreen warm hospitality its beautiful people are willing to offer its willing visitors, including those from Europe and the rest of the world.

This is how much Africa has changed in this century and the undying hope of its Million people to keep thriving as a great continent, home to great people, one with a wonderful future.

That’s the Africa I would love us to have another look at.