River Basin Crisis: Minister Says Board Has No Right to Suspend MD 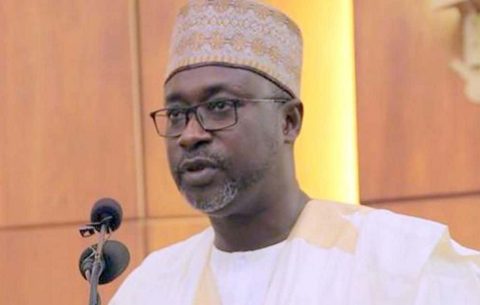 Adamu in a statement on Monday, said the Governing Board of the river basin had no right to suspend the managing director, as it negates due process as stipulated by extant rules of Public Service of the Federation.

Recall that Nkposong was suspended on Aug. 13, after an ad-hoc committee which looked into the books of the agency, accusing him of irregularities in the award of N250 million worth of contracts and other “breaches”.

The committee was set up by the governing board in September 2019, and headed by its Chairman, Mr Eseme Eyiboh.

The minister said all further reports should be disregarded, adding that recent circular on the appointment and disengagement of heads of government parastatals from the Office of Secretary to Government of the Federation “is very instructive”.

“It has become pertinent to inform the general public that the suspension notice is unauthorised and should be disregarded.