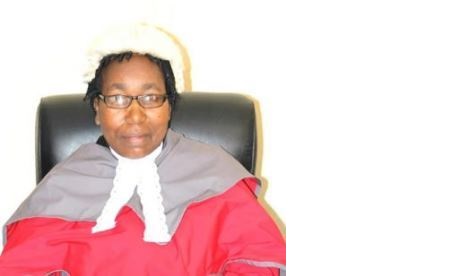 (AFRICAN EXAMINER) – A Zimbabwean High Court judge who was suspended for misconduct and conduct inconsistent with being a judicial officer has dragged President Emmerson Mnangagwa to court challenging the setting up of a Tribunal to investigate her.

She claims in her application that she is being victimized for refusing to follow instruction of the Chief Justice on an appeal matter she handled.

There are other theories to Justice Ndewere’s suspension as political parties have claimed she became a victim after granting bail to opposition leader Job Sikhala who had spent a month in remand for alleged involvement in planning for the botched July 31 demonstrations.

Justice Ndewere claims the charges against her are an internal matter that should have been addressed through a disciplinary hearing.

“It is unclear to me why the second respondent is working with common purpose to have me brought before a Tribunal when they have clearly failed to comply with the Constitution and the Code. I am also concerned that I am being unfairly treated by Malaba and the JSC.

“In my view the second respondent is victimizing me for refusing to follow his unlawful instruction which he issued in August 2019 in connection with a bail matter I handled that month. This is why even before I had explained in June this year Malaba told Chiweshe to tell me that he wanted to take me to the tribunal,” said Justice Ndewere in her application.

She said the JSC should have set up a disciplinary committee in terms of Judicial Service (Code of Ethics) Regulations 2012.

Allegations are that Justice Ndewere quashed a prison sentence of a convicted serial thief Kenneth Majecha substituting it with community service.

Majecha had been convicted on three previous occasions although Justice Ndewere ruled he was a youthful first offender.

She had taken five months to review the case hence the accusation of failing to meet expected standards of a judge.

President Mnangagwa is yet to set up the Tribunal.