The Sudden Demise of Abubakar Audu: A Lesson For All 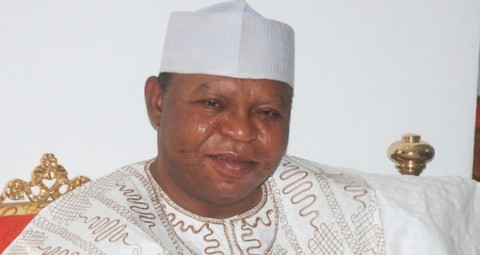 BALTIMORE, MD (AFRICAN EXAMINER) – Abubakar Audu is gone – I mean dead.  He is now part of our past and will forever be referred to in the past tense.  He left unceremoniously; he did not even assume his throne as governor of Kogi State.  Audu left in a hurry and without warning, yet he did not see his own departure coming, his eyes fixated on his governorship seat.  He was a man determined to regain the office of governor – even with a promise to return more than N11 billion he stole from Kogi State once elected back to office!  The shocking part of the Abubakar Audu drama was that not even one of the major writers, columnists and critics from his state condemned his aspiration to mount the throne of Kogi State once again.  He got the approval and overwhelming support of his party, the APC.  APC is the anti-corruption party of President Muhammadu Buhari and Vice President Osinbajo.  The Vice President and the leadership of the APC even went to Lokoja to campaign for Abubakar Audu the other week, and that was the new height the anti-corruption crusade of the President Buhari attained.  Many of us have now come to the conclusion that the fight against corruption will only be selectively fought and mere scapegoats will pay any price.

Reports from Lokoja indicated that Mr. Audu died of a cardiac arrest and efforts to resuscitate him failed.  Perhaps it was a Holy Spirit arrest – an arrest to rid Abukabar Audu from the firm hold he had on the APC that made Buhari-Osibajo accede to his governorship goal.  The best defibrillators in the world would have been useless to Audu where the Spirit of the Lord was at work.  All the billions of Naira Mr. Audu had gathered will now be useless to him, his array of cars and jeeps will be useless, and so will be his mansions.  Even his cash could not save him when he needed to be saved and some APC leaders who were present when he reportedly vomited blood before kicking the bucket were unable to help him push death away.  Even these APC men must be scared now – for as long as there is no foul play involved.  The sudden death of Mr. Audu and the unexpected – nay, unthinkable reversal of the fortunes of Ms Diezani Alison-Madueke must serve as a warning to every Nigerian, particularly the criminals in the political parties and the civil service who shamelessly use their position and office to loot the treasury of our local, state and federal governments.  Even those who witnessed the looting and yet saw nothing wrong working for looters and defending looters in essays and articles are no different; they all belong in the same boat to perdition.  Some of these writes are now trying to rewrite themselves back to the reckoning of the people.  I know many like me will never read any article written by these writers.  They have lost face and they are dead to many of us.

Abubakar Audu promised to return N 11 billion to the treasury of Kogi State if elected and allowed to get back into the Government House.  APC chairman in Kogi State extolled

Audu and even pointed fingers at the national leader of his party among those who were not clean and who must respect Audu for promising to return his stolen loot.  He commended Audu for being bold and “honest” enough to acknowledge his crime and for promising to return the loot to the treasury of the state when elected.  Some shadowy characters who also stole from the federal government were said to have approached Kaduna State governor with a plan to return about $250 million back to the government.  But now that Abubakar Audu is dead how will the government be able to retrieve the N11 billion?

Perhaps the APC chairman in Kogi State knows the where about of the money.  Why did the EFCC not do enough in six years despite filling two court cases against Audu to prosecute him and get the billions he stole from him?  The EFCC has been at the beck and call of the nation’s successive presidents who have used it as a tool to prosecute and intimidate enemies/opponents.  The EFCC during the regime of Goodluck Jonathan did not prosecute any former or current governor beside Jonathan’s enemy Mr. Timipre Sylva.  Obviously the EFCC is a hopeless and useless agency that is there to do the selfish cum political biddings of the sitting president; it is not independent, it is not transparent and it will never be fair to opposition parties and real and imagined enemies of the sitting president.  The Buhari regime has disobeyed court orders regarding Mr. Sambo Dasuki, the former national Security Adviser to the last government.  The government has not charged Mr. Dasuki to court for the much touted $2 billion weapons fund but it still refused to allow him to travel overseas for medical treatment despite repeated orders from the court.

Poetic justice has been pronounced on Mr. Abubakar Audu and partly pronounced on Ms Diezani Alison-Madueke.  Virtue will always be ultimately rewarded and vice heavily punished.  It is very ironic now that a man who was so determined to return to the Government House at any cost will only be returning to his maker in a casket while the woman who was untouchable and who exercised so much impunity over the affairs of the state’s oil is now a shadow of her old self.  These two have enough money to buy death and/or plead with cancer to stay away or give her some space.  There is lesson here for all of us, even for the new government, its ministers, the governors, and the legislooters in the upper and lower houses of the National Assembly, civil servants, local council men who refused to be accountable to the people, and of course every Nigerian.

1 Comment for “The Sudden Demise of Abubakar Audu: A Lesson For All”