There Were Causalities In Lekki Shooting, Reps Speaker Contradicts Sanwo-Olu 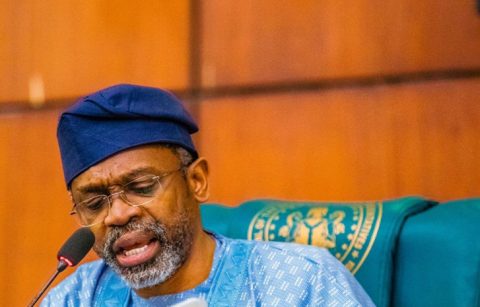 (AFRICAN EXAMINER) – Speaker of the House of Representatives, Femi Gbajabiamila, has stated that they were casualties following the attack on #EndSARS protesters at the Lekki tollgate in Lagos on Tuesday.

Men in military uniform had opened fire on protesters who gathered on the tollgate calling for an end to police brutality.

Governor Babajide Sanwo-Olu of Lagos State had initially stated that no life was lost but he later admitted the death of one person.

However, in a series of tweets on Wednesday, Gbajabiamila stated that they were casualties and he called for investigation.

“Events in my home state Lagos, last night and up until this afternoon, have left my heart heavy and my spirit disturbed,” he tweeted.

“After sixty years, our democracy should have grown beyond the point where conflicting visions of nationhood result in violence on the streets and blood on the ground.

“It is unavoidably and painfully clear that there were a number of casualties as a result of gunfire at the Lekki Toll Gate.

“Therefore, there needs to be a quick and thorough investigation to determine the facts of what happened last night in Lagos. Our nation urgently needs and the Nigerian people deserve an accounting of the acts that led to the events of last night.

“I urge for calm whilst we get a truer picture of events.”

“In Lagos and everywhere else, too much blood has already been spilled in our country, let there be no more.”