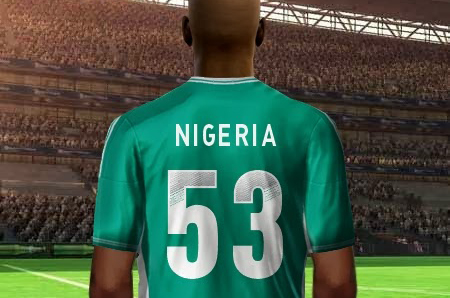 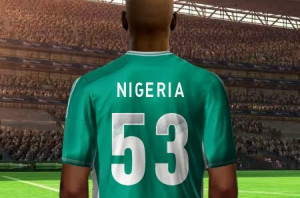 While some Nigerians have lost hope in the country, some believe with honesty and sincerity of purpose from the leadership of the country, Nigeria can still bounce back to its rightful position in the comity of nations. As Nigeria marks 53rd independence, African Examiner’s correspondent, Ruth Bamidele and other corespondents went to the street to speak to Nigerians about the state of the country, and whether they believe the government is doing enough to address the barrage of problems confronting the country. Their reactions are as follows:

Amadi, Lagos: What government? Which government? Do we have a government in this country? It’s just unfortunate. No hope as far as I’m concerned because we have lost focus, the leaders are not helping out. All they are all after is their pockets and greed has taken over their lives, very useless set of people we have as leaders and yet u ask if there is hope?

Femi, Lagos: To give a straight answer I will say no, I’m not happy with the government. The state government may have done a little in terms of infrastructures development; the Lagos state government where I reside has done lots of road repairs, electrification, and waste management.  Traffic management has also experienced lots of obvious changes so we can award the state a near pass, but my NO stem out from the fundamentals that affect the citizens. Yes it’s a direct FG responsibility but I won’t separate them because they have a common meeting place in d national economic summit. Taking Power and security amongst many other factors. If in 53 years a government is still considerably struggling with issues of power and security, then it has failed the citizens.

Mike, Abuja: Our leaders have failed us…how can we at 53 still wallowing in poverty despite our enormous resources both human and material resources. People are dying everyday from Boko Haram attack without government doing anything. I think if our leaders are not careful, there will be revolt from people to take their own destiny. Our leaders need to emulate the western world where their leaders are answerable to the people. They are entrusted with our commonwealth and they should manage it fear of God in their minds. Give me one sector that is doing well in Nigeria. To me we need to bring sanity and probity back to the polity and Nigeria will be great.

Samuel, Lagos: No future, the rich getting richer, the poor, getting poorer

John, Akure: Mr President would have made my day if in his nationwide broadcast sack all the ministers. To me they have performed woefully and thus deserve to go. Minister of Petroleum and Aviation especially, they need to go, they are doing nothing but pilling up our money for Jonathan 2015 election.

Emanuel, Lagos: why will I be happy with them, what do they have to offer, the only hope is to make all those illiterate senator’s office unattractive only then can we have hope in this country.

Muslim Rights Concern (MURIC) Group: To compliment the position of the Federal Government on the need for a low-key celebration, we call for deep and sober reflection on the state of our dear nation, Nigeria. MURIC is seriously perturbed by the recklessness of Nigerian politicians who appear to have learnt nothing from the mistakes of their predecessors. Of grave concern is the topsy-turvy in the ruling party, which is capable of igniting nationwide chaos unless it is quickly arrested. Equally alarming is the crises in Rivers, Taraba and Kaduna States.