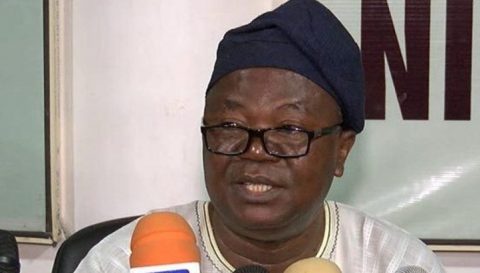 Prof.  Ogunyemi, stressed that ASUU NEC resolved to “conditionally ” suspend the strike action embarked upon on March 23, effective from 12am Thursday – tomorrow.

Still he warned: “However, should the government fail to fulfill its own parts of the agreement, ASUU will resume its suspended strike as deemed necessary.

“NEC also resolved to ensure that no ASUU member suffered any loss of deserved benefits as a result of participation in the strike”.

ASUU boss said the body’s NEC would pursue fervently the areas in the Federal Government-ASUU agreement of 2009 and Memorandum of Action (MoA) 2013 that require legislation.

He indicated that such include the mainstreaming of EAA into the annual budget and the Executive Bill in respect of the National Universities Commission (NUC) Act, 2004.

Prof. Ogunyemi restated that ASUU expectation from both state and Federal Government was that government should faithfully implement all the agreements reached and signed with the union.

“Therefore the implementation Monitoring Committee (IMC), which had already been constituted to the satisfaction of government and ASUU, will work diligently to ensure that funds released are used to meet genuine revitalization needs of Nigerian public universities.

“This is with a strict and disciplined supervision of the implementation processes by the universities themselves. To this end the students and their parents would see the fruits of the struggles of ASUU in their lives.

“The union expects the immediate release of EAA as agreed, the mainstreaming of EAA into annual budget using the agreed formula.

“The union also expects the government to immediately engage the universities and other research centres in the fight against COVID-19 pandemic.

”This is one of the challenges that the universities have been asking the government to throw to Nigerian academics,” Prof Ogunyemi stressed.

The ASUU President also called on the government to expedite action on the test processes and ensure the development of UTAS – an alternative platform for the payment of salaries in the university system.

He added that this software will assist Government in its fight against corruption and thus play an important role in maintaining a high stand of accountability in the education sector.

He indicated that the union expects that the government and ASUU re-negotiation exercise would be concluded as specified in the timeline agreed by both parties, among others.

He pledged: “On our part we are going back to rekindle the motivation and aspirations in our members to strive to encourage our students to excel, in all the expectations that the government will sincerely fulfil their own part of the bargain”.

Recall that ASUU had embarked on strike since March 23, 2020 to agitate for demands which include funding for the Revitalization of Public Universities, payment of Earned Academic Allowances (EAA), salary shortfall, state universities.