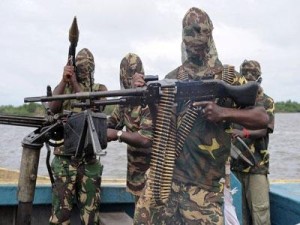 The Socio-Economic Rights and Accountability Project (SERAP) has urged the International Criminal Court, ICC in Hague, Netherland to urgently probe the killings of teachers and school children in some parts of northern Nigeria as crimes against humanity, and to prevail on the Nigerian government to work to prevent further attacks against schools.

SERAP, in a petition to Ms Fatou Bensouda, the Prosecutor of the ICC and signed by its Executive Director, Adetokunbo Mumuni stated that the body was seriously concerned that these attacks against school children, apart from constituting violations of the right to life and the right to education, might amount to crimes against humanity under the Rome Stature.

“Crimes against humanity are completely outlawed and prohibited by Article 7 of the Rome Statute of the International Criminal Court which defines crime against humanity as any of the following acts when committed in a widespread or systematic attack on a civilian population: murder; extermination; enslavement; deportation or forcible transfer of population; severe deprivation of physical liberty in violation of international law; persecution against any identifiable group on political, racial, national, ethnic, cultural, religious, gender or other grounds; or other similar inhumane acts causing great suffering or injury,” the organization said.

According to the organization, the attacks against school children had destabilised access to education in Nigeria as most children no longer go to schools, saying that the closure of schools in the Northeast parts of Nigeria where the spate of attacks on education was on the rise, was due to the fear of teachers and students being killed.

“The elements that need to be established to prove a crime against humanity under article 7(1)(k) of the Rome Statute are that, the perpetrator inflicted great suffering or serious injury by means of an inhumane act; that the perpetrator was aware of the circumstances, and that the act was committed within a widespread or systematic attack on a civilian population; that the perpetrator knew of that link,” it explained.

The organization also said that, those who were suspected to be responsible for the latest violence and previous outbreaks of deadly violence and attacks on school had not been known to be arrested and brought to justice, contrary to Nigeria’s national and international legal obligations, including under the Rome Statute of the International Criminal Court.

It added that victims of these attacks ought to have access to a fair, effective and prompt system of justice as states had the responsibility to put an end to impunity and to prosecute those responsible for crimes against humanity and other international crimes.

SERAP stated that under Article 17 of the Rome Statute, the Court was a court of last resort, expected to exercise its jurisdiction only if states themselves were unwilling or unable genuinely to investigate and prosecute international crimes, stressing that pursuant to the Rome Statute, the Prosecutor had power to intervene in a situation under the jurisdiction of the Court if the Security Council or states parties referred a situation or if information was provided from other sources such as the information SERAP is providing in this case.

The organization therefore asked the ICC to urgently commence an investigation on the reports of the unlawful killings of teachers and school children in north east states of Nigeria, particularly Borno, Yobe, Kaduna and Adamawa States and bring to justice those suspected to be responsible for crimes against humanity in these affected areas of North Eastern Nigeria.

It urge the Nigerian government to exercise due diligence to prevent any further attacks against teachers and school children, advising the Nigerian government to fulfil its obligations under Article 86 of the Rome Statute to report suspected perpetrators of attacks against teachers and school children, take testimony, and provide other support to the ICC.