Much Ado About Cassava Bread 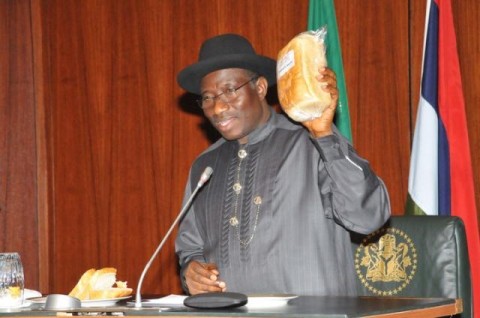 A few months ago, the Federal Government had expressed its intention to begin the implementation of a national policy on cassava bread. Under the arrangement, bread manufacturers are expected to substitute 20 per cent of the wheat flour content of bread with cassava flour; a decision that is expected to drastically reduce the country’s total annual wheat import bill by N127 billion from the over N600 billion worth of wheat imports annually. This move by the Federal Government to give full backing to such an initiative of substituting wheat with cassava in the local production of bread in Nigeria is laudable in the sense that is a good opportunity to make better use of the nation’s abundant cassava, which research has shown to be healthier and a better suitable flour for bread making. 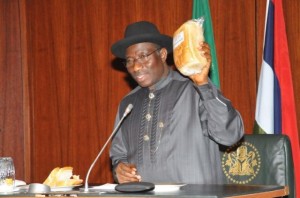 It is for this reason that researchers, master bakers, consumers, safety regulators, academics and marketers of cassava flour products recently converged on Lagos, to brainstorm on the prospects and challenges facing the optimal utilization of cassava. This was the centre-piece of the one-day Stakeholders’ Forum, jointly organised by the Nigerian Institute of Food Science and Technology (NIFST), Cassava: Adding Value for Africa (C:AVA), a project of the Natural Resources Institute, University of Greenwich, United Kingdom and implemented in partnership with the Federal University of Agriculture, Abeokuta (FUNAAB).

With the theme; Cassava Composite Flour and the 4Ps, the forum was held to encourage sustainable adoption of High Quality Cassava Flour (HQCF) in bread and confectionery products in a bid to shore-up the nation’s economy. Speaking at the occasion, the National President of NIFST and Country Manager of C:AVA, Professor Lateef Sanni, said members of the Institute work in the food processing areas of public and private sectors to harness the abundance of talents and knowledge of food professionals in achieving food security and safety.

The Country Manager observed the forum had brought together major stakeholders to share practical experiences, proffer solutions to problems and chart a way forward in realising the national objective of getting high quality cassava flour inclusion in composite flour production. He added that the many benefits of HQCF in bread and confectioneries’ production include job creation, saving of foreign exchange and increased earnings for farmers. “We need to strive to make cassava bread available all year round. We must convince all stakeholders to accept this genuine and committed quest to source some of our raw materials locally. Hence, we need your support. This will give jobs to food professionals. This will allow NIFST to regulate our members in the cassava industries and those that are producing cassava-based products”, Professor Sanni stated.

The Vice-Chancellor of FUNAAB and President, Association of African Universities, Professor Olusola Oyewole, represented by Dr. Kolawole Adebayo, the University’s Director of Grants Management and Project Director of C:AVA II, lauded the organisers of the forum for the providing a rich platform for robust discourse on an important issue that affects everyone – which is food because of the need to consume only processed cassava products – to avoid the rampant cases of food poisoning. The Vice-Chancellor noted that FUNAAB had been greatly involved in carrying out of research and cultivation of cassava since its inception making it a leading University in the cassava project. He called on all stakeholders to monitor what happens in the food sector by preventing food poisoning and guarding against terrorists’ control of food resources.

Interestingly, the Senior Technical Assistant to the Minister of Agriculture and Rural Development, Chief (Mrs.) Oluwatoyin Adetunji, stated that Nigeria spends about N635 billion annually on wheat importations, maintaining that the huge expenses incurred by the Federal Government could be used on other developmental projects, as she reiterated the government’s commitment to building robust fresh roots supply chains for cassava processing plants, supporting large and medium HQCF mills, Small and Medium Entrepreneurs producing HQCF and master bakers that use 20 per cent of HQCF in the production of bread.

It gladdened my heart when she noted that the government was facilitating the procurement of medium-scale high quality plants to meet the annual demand for high quality flour. According to her, HQCF can be used as an alternative for starch and wheat flour in a variety of industries. The Senior Technical Adviser further disclosed that the N10 billion Cassava Bread Fund would soon be disbursed to Small and Medium Scale Entrepreneurs (SMEs), through the Bank of Industries (BoI). While commending the enormous work of C:AVA and the Bill and Melinda Gates Foundation, she expressed her optimism that the nation’s cassava value-chain and market would surpass that of Thailand and other producing countries.

It is worthy of mention that the Federal Ministry of Agriculture and Rural Development and the Bank of Industry (BoI), had signed a Memorandum of Understanding (MoU) for N4.3 billion in support of the Master Bakers Association of Nigeria, SMEs and large industrial cassava millers out of which about N1.05 billion of this amount will expended on the upgrading of the capacity of 35 existing small cassava mills.  While the BoI is to provide working capital of N425 billion as loan at a single digit interest rate, the master and industrial bakers would be encouraged to acquire new equipment, machines, loans and grants on a 50:50 arrangement. The Bank of Agriculture (BoA) is also to provide assistance to about 30,000 cassava farmers to meet the growing demand for cassava flour and subsidize supply of cassava planting material by 100 per cent, to bring more hectares of land into the production of cassava. I hope these measures will make a big difference?

The well-attended forum featured the presentation of keynote addresses by Mr. Louw Burger of Thai Farms, who spoke on “It is Time …” and Dr. Richardson Okechukwu of the International Institute of Tropical Agriculture (IITA), whose presentation was titled, “Cassava Demand: A Perspective”. There were three panel sessions that extensively discussed the sub-themes on “Cassava Composite Flour Products: Quality, Standardization and Detection”, “Cassava Bread and Confectioneries Pricing, Place and Promotion: Is it Profitable?” and “Cassava Bread Business Funding Options: Is it Bankable?”, which drew participants from IITA, Standards Organisation of Nigeria (SON), Sumal Foods, Federal Institute of Industrial Research, Oshodi (FIIRO), National Agency for Food Administration and Control (NAFDAC), among others.

Stakeholders at the forum were of the view that cassava bread is safe and commercially profitable, as they offered a number of suggestions that could transform the cassava market in Nigeria by encouraging farming at the secondary schools, fostering collaboration in the provision of agro-services in the states, making access to funds easy, putting in place favourable public policies, adequate and sustainable enlightenment programmes. This is pertinent because the concept of cassava bread is still very new in this part of the world, where the people are naturally averse to change, going by my personal discussion with Professor Sanni, the NIFST President and Country Manager of C:AVA.

On a final note, it should be appreciated that local production of wheat should not cease due to the demand by those that still prefer to consume flour bread to cassava bread but this may not augur well for the nation if we continue to waste our hard-earned foreign exchange on consumption that have alternatives like cassava bread. Arguing in this line of thought was the Director-General of FIIRO, Dr. (Mrs.) Gloria Elemo, represented at the forum by Dr. (Mrs.) Oluwatoyin Oluwole, who stated that the country would save as much as N31.75 billion annually by adding only 5 per cent of cassava flour to its bread, which shows clearly that Nigeria’s economy stands to gain a great deal from the use of cassava flour in bread when successfully implemented. Therefore, the project could be of immense benefit to the nation if the necessary loose-ends are tightened especially in the areas of ensuring closely monitoring, ensurinh that the funds are not misappropriated, curbing smuggling, reduction of official bureaucracy that could bar the real beneficiaries – millers, small scale farmers, bakers and entrepreneurs – from accessing the funds and to make the desired impact, it is when this happens that I believe cassava bread can really add value to the economy.