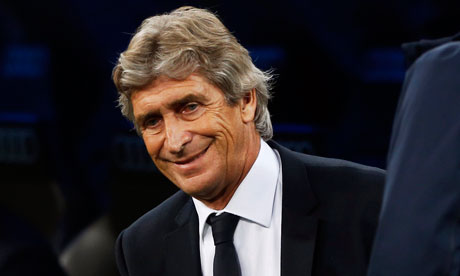 When Abu Dhabi’s rulers first decided to build a bonfire of hundreds of millions of pounds at Manchester City they would have laughed at the idea that blowing money was a crime punishable by Uefa sanctions. Imagine that: a sport where they throw a £50 million penalty at you for excessive generosity. 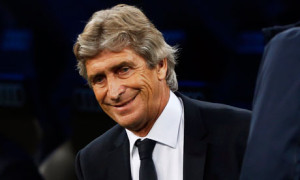 Strictly, Financial Fair Play (FFP) is an anti-subsidy initiative by a game that prostrates itself to foreign billionaires and then ticks them off for investing too much. It defiles the World Cup by awarding it to Qatar, then disapproves of Qatari spending at Paris St-Germain.

It says little about rampant ticket price inflation, the huge sums extracted by agents or grotesque individual player salaries. Whichever way you turn it, Uefa’s clumsy lunge at “fairness” has ended up being about two gulf states who jumped into football as an act of future-proofing because their oil was running out.

No torch is being held here for sovereign wealth. But the distortion of the London house market by foreign speculators, for example, is a far more serious issue than City paying Sergio Agüero’s wages via a so-called sweetheart deal with Etihad Airways.

Uefa-ologists might have spotted that president Michel Platini enjoys a cosy relationship with Qatar, who chose Paris as their investment outlet, and that it might have been somewhat awkward for Europe’s governing body to punish PSG without also directing their disapproval at City.

The clubs hit hardest by these arbitrary actions are those who had to spend heavily to raise underperforming clubs into the elite. City and PSG both fit this profile.

It was no surprise, then, to find Roman Abramovich broadly supportive of the FFP principle.

Chelsea’s owner had already torched the kind of cash City and PSG have burned in the last three years. By endorsing the move to have such extravagance cast as a crime, Abramovich was simply blocking the way to new tycoons and therefore protecting his competitive advantage.

From Sheikh Mansour of Abu Dhabi’s viewpoint, a £50 million fine doubtless leaves a kind of moral stain. It implies financial doping, or even cheating, with its suggestion that the £35 million-a-year Etihad deal was really a polite way to cook the books.

As with PSG and the Qatari tourist board (£167 million), Uefa clearly believe that the deal was inflated to allow one part of an oil-rich state to subsidise another. And they might be right.

Yet the people who struck those deals are unlikely to appreciate being singled out in an industry that is synonymous with creative accounting. If in doubt, consider the mess Barcelona got themselves into over Neymar.

Nobody wants an unregulated free for all, or illegality, or the crushing of the poor by the rich. But Uefa’s punishment of City takes no account of the direction in which the club is heading or the socially constructive investment in the Etihad Campus in a deprived part of Manchester. Shiekh Mansour and his entourage are not philanthropists, but nor does their spending fit the template of outright decadence.

So far all that expenditure has bought them one Premier League title and not much headway in Europe. There is no wholesale buying of trophies because the Premier League is too competitive to allow it. This season City have had to fight Liverpool and Chelsea for the championship. The seductive allure of FFP is that helps the poorer against the richer. All it might do in this case is to make Abu Dhabi resent being stigmatised and cause them to question Uefa’s motives. You can see the speech bubble now: “They take our money and then fine us for giving it to them?”

A much greater problem, certainly in England, is clubs being ram-raided by speculators who seek to suck money out, not put it in. Portsmouth and Birmingham City are just two examples of clubs that have been treated like lumps of meat on an “investment” menu.

Many of us would like to see regulation attack that issue before the Uefa bureaucracy drives through arbitrary penalties against a club (City) who are putting money in, rather than taking it out, however vulgar it might sometimes seem.

Where is the £50 million fine for the Glazers for servicing their debts from Manchester United’s revenues? On this evidence, FFP is mere grandstanding