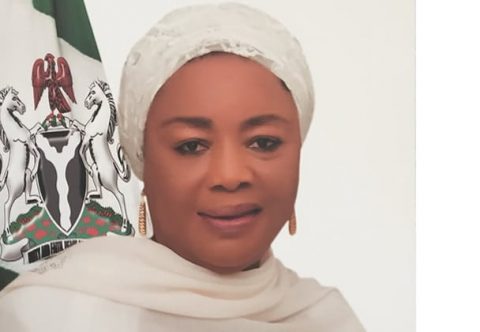 (AFRICAN EXAMINER) – The newly inaugurated Federal Character Commission (FCC) has  assured job seekers in Nigerians, of its readiness to put a stop to the issue of lopsidedness and unequal distribution of government jobs in the country, particularly Enugu state, South- East Nigeria.

It therefore, advised those whose stock in trade had been hijacking of available government  jobs, be it in the Ministries, parastatals or agencies to desist from such unpatriotic act or be ready to face the full wrath of the commission when caught.

The Federal Commissioner, representing Enugu state in the commission, Hon. (Mrs) Ginika Florence Tor , who stated this Tuesday during her maiden media briefing held at the  Enugu state office of the federal government establishment, declared that tough time equally awaits those who specialise in defrauding unsuspected desperate job seekers in the state and elsewhere in  Nigeria.

She said it had become necessary for the commission to speak out because desperate or gullible job seekers as well as  other members of the society had over the years fallen victims to fraudsters who use the name of the organization  to defraud unsuspecting members of the  public.

“This press briefing is to sound the various MDGs, government agencies both at the state and local government levels that it will no longer be business as usual. The Federal character principle is a constitutional matter and that the present  FCC, team led by  its  chairman, Hajiya Muheeba  Dankaka, is no longer going to look the other way, while our people are short changed, as was happening before.

“Job opportunities must be shared equitably amongst states of the federation” adding that the era of unequal distribution of jobs in the country is gone.

According to her, it is the wish of the FCC,  “to arrest the tendency where the unsuspecting public fall victims to conmen and fraudsters who defraud them in the name of giving them jobs , promotions or appointments in the name of Federal Character Commission.

She expressed  displeasure over a situation  where some federal  government agencies operating in Enugu state  do not even have an indigene of the state even as cleaners,  warning that the Dankaka led FCC, would no longer tolerate such marginalization, because “it will no longer be business as usual.”

While pledging her unalloyed loyalty to the commission’s boss, the Enugu representative assured the people of the state of her commitment in ensuring that the state gets its due share in job distribution in Nigeria, whenever the opportunity calls.

She said: ” My office considered it important to gather you, the gentlemen of the press to give highlights on the activities, role, mandate and essence of the Federal Character Commission.

“It becomes necessary to do this because desperate or gullible job seekers and other members of the Society have often fallen victims of fraudsters who use the name of Federal Character Commission to defraud the unsuspecting public.”

The Enugu (FCC) representative, had used the briefing  to call on indigene of the state particularly the unemployed youths to always go out and apply for jobs when the opportunities calls, engage in productive activities instead of staying idle.

Tor, who addressed the media briefing in company of some top officials of the Enugu state office of the Commission, stated that “having said all these, it is my sincere wish that you carry the message to interested public and save them the pain of falling victim to cheats and fraudsters in the society. And like I said earlier, it is going to be a new dawn in Enugu state, and longer business as usual.