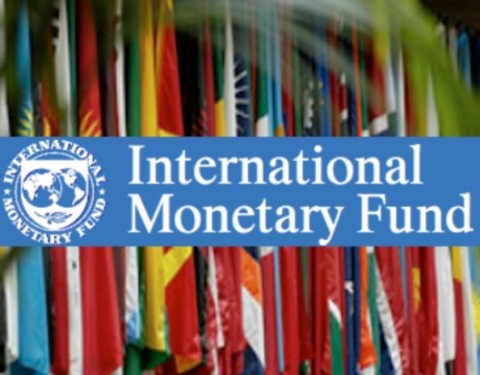 The International Monetary Fund (IMF) has said that the ripples generated by the relative economic slowdown in China may have some negative impacts on the economies of countries in the African continent.

The Fund noted that Africa is affected by changes in China’s economic dynamics because she is currently the continent’s largest partner in terms of economic activity.

The IMF added that countries in Africa like those in other regions of the world are equally affected by the changes taking place in the global economy at the moment.

Gerry Rice, IMF’s Director of Communications, who made the observation at a press briefing in Washington, observed that China’s shift to the growth model of economic reform, is taking its toll on Africa including those in the Southern region of the continent.

“China has embarked on this historic rebalancing of its growth model. As we said before, we think this is something that is good for China economically and good for the world.

“Nonetheless, this shift to the new growth model is going to be bumpy, is bumpy, and the effects are being felt in various parts of the world”, he said.

Rice also noted the Managing Director of IMF, Christine Lagarde had however maintained last week, that the development reinforces the need for more clarity on policies by the Chinese government, especially exchange rate policy.

“I think we have seen in recent days some efforts by the Chinese authorities in that direction. Our views on China’s fundamentals remain unchanged.

“We think a focus of policies and communications on maintaining strong fundamentals and promoting continued rebalancing will be helpful”, he added.

“If growth would risk slipping below that target, we have recommended the first line of defense should be fiscal stimulus”, he stressed.

The IMF’s spokesman also explained that changes in commodity prices is another major factor obviously affecting Africa, noting that the whole monetary policy environment is changing as well.

The effects, from various parts of the world to Southern Africa, according to him, are something that will have an impact.

“I don’t have specifics for you on Southern Africa. It is again something that Maury Obstfeld can say more about on Tuesday next week”, he further stated.

He equally pointed out that the discussions which the Madam Lagarde had with government in Western Africa, recently are centering around similar issues.

“To some extent, and every country is different, but to some extent, these broad shocks, and she spoke in particular about the double shock of the commodity price shock, and then in those countries, the security situation they are facing as well is another factor”, he added.

“We feel that more needs to be done to strengthen it with a view to the emerging markets in particular”, he further noted.

While addressing questions posed online, he told journalists present at the briefing that he was declining to answer one of the a questions on Nigeria because, according to him, the IMF has said a lot about Nigeria over the last several days. In his words, “I think we said a lot”.

On the recommendation by IMF on inclusion of payments to Burundi for its peacekeeping in Somalia, he explained that the Fund merely played a supportive role in order to make the process of the extended credit facility successful.

“On Burundi, I would refer to the March 2015 staff report, the completion of the sixth review, under the extended credit facility. In that report and in the spirit of enhancing fiscal transparency, the authorities had committed themselves to include the data related to revenues and costs concerning Burundi’s participation in peacekeeping operations into their future budget. So, this was something that Burundi had committed to.

“The context is that prior to the second quarter of 2015, the IMF supported arrangement was making progress. However, the programme has deteriorated with the onset of the security challenges in the country, and the completion of the seventh and eighth reviews is not possible.

“As such, the program is off track at the moment. Staff is monitoring the situation and gathering information. Of course, the discussions continue. That is on Burundi”, he stressed.

While reacting to question on the decision of the Central Bank of Egypt to monitor the imports of the country, Rice said the IMF is yet deliberate on the issue.

“On that import question, I can tell you we have not yet had the chance to discuss these proposals with the Egyptian authorities, so we look forward to that.

“We would like to stress the need to raise exports in order to promote growth and for exchange rate flexibility to support this, allowing the exchange rate to move to a market clearing rate where supply meets demand, would boost exports, and prevent foreign exchange shortages”, he further explained.

He also informed the journalists that the IMF will release its World Economic Outlook Update next week Tuesday in London. He added that Lagarde will be in Davos for the World Economic Forum on the 20th of January to speak on a wide range of issues at the event.

“We will be publishing two research papers next week. One will be on that issue of migration and one will be on the interesting and emerging issue of virtual currencies which I know some of you have an interest in. They’ll both be published also on January 20.

“Our Deputy Managing Director Min Zhu will also be in Davos as usual, and he’s speaking on several panels also. Min will then travel to Botswana and Ghana speaking at a conference in Botswana and then to Ghana for a conference on enhanced data for better macro policies”, he further disclosed.